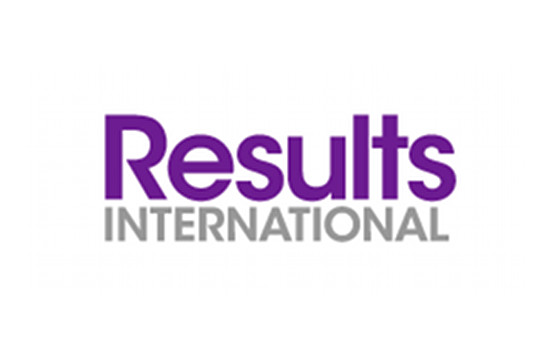 In light of the weekend's Publicis-Omnicom news, Results International Managing Partner, Keith Hunt, and the company's Senior Partner, Andy Collins, have been quick to give their thoughts.

This must come as one of the biggest surprises of all time for the sector. You can bet a lot of people at the top of both networks will be feeling massively unsettled hearing this news over a summer weekend.

I might well be proven wrong, but my first reaction is one of incredulity. When you get to a certain size there are ever decreasing economies of scale in lumping together two already huge businesses like Omnicom and Publicis. However if it does happen it will usher in a massive period of uncertainty and even worse, if referred to the regulators, a period of statis. There comes a point where big can be too big.

Other commentators have spoken about their combined media buying power as a major rationale but as each is already very big there must be a limit to how much more you can squeeze the media vendors.

The other point to bear in mind is that often the biggest barrier to doing a merger is the CEO. John Wren and Maurice Levy, the heads of Omnicom and Publicis respectively are both elder statesmen, though Levy is the older of the two, born in 1942. There has been much talk around succession planning. Logically Levy would potentially be on the brink of retirement and if this were to happen, the CEO issue would be solved.

For the multiple agencies within each network, not much is likely to change. It would be an almost impossible and unpalatable task to think about combining them, such is the issue of client conflict. There is already a system of conflict shops in place to handle competing global accounts and such clients would certainly be resistant to changes that would upset the balance that has been carefully put in place. I can see no benefits therefore in combining agencies within each network. It would potentially open up a Pandora’s box.

A potential benefit of the merger however may hinge around technology. Each of the big networks, but particularly Publicis, has been looking hard at how to invest directly into tech and tech platforms. By doing this they can broaden out their offer from one of digital marketing services to deliver technology as well. This could allow them to go head to head with businesses such as adobe. The combined buying power of an Omnicom/Publicis behemoth would provide the funds to make significant acquisitions to deliver on any ambitions in this tech space.

Emerging markets is another potential benefit area. Each network has been making acquisitions there but WPP is ahead of the pack. It’s not a reason in itself to undertake a merger of this kind but it would take the combined group into pole position.

This ‘merger of equals’ is great news overall for shareholder as bringing the two groups together will deliver cost savings and improve overall profitability. Growth has been slowing down at both Publicis and Omnicom and their business models where growth is delivered by acquisition is challenging in mature markets that offer little scope for growth.  For sure the deal will improve the overall margins in both businesses and is therefore a timely manoeuvre to improve shareholder value. There is likely to be a short-term win in group profit and an uplift in share price though whether it will ultimately deliver shareholder value in the medium or long term is unclear. There may be a loss of major client accounts which will make the integration pretty sticky. Therefore long term value remains to be seen.

The other issue is one of egos and personal dynamics. It’s pretty likely to be the case that Levy wanted to do another big deal before he retires and this is a great epitaph for him.

Another major issue is one of regulatory approval. If it gets the green light, it will certainly usher in a period of uncertainty for the agencies involved. Client conflict will be a massive issue and the challenges of putting the groups together and the disruption this will cause is not to be under estimated. It will slow down further acquisitions as the group necessarily becomes inward-looking for a period of time, sorting out how to make the combined businesses work in practice.

The deal will cause massive ripples and a period of uncertainty in the industry and possibly unleash a drive for scale. IPG, Havas and Dentsu may all start manoeuvring for such scale. Will we see further consolation? Quite possibly. In recent times there has been rumour around IPG potentially being courted by its larger rivals, so there will be renewed speculation about IPG. One thing’s for sure and that is there will be lots of upheaval and uncertainty around the board room tables of the other large players.  Should they stay independent or should they pursue a drive for  scale? The months ahead will be fascinating ones.

Clearly the deal also means that clients will have less choice but it may signal an opportunity for the smaller groups as not all clients will want to place their business with a company of the size of Publicis/Omnicom. IPG, Havas, Dentus, Aegis etc may represent an attractive alternative to WPP and this massive new group.

And then what of Sir Martin Sorrell and WPP? It’s well knows that there is no love lost between him and Levy. Will Sir Martin have to do another deal to regain his position as global leader by doing a deal with IPG? Another clever tactic might be to pick up or even actively court some of the big client accounts that could fall out of Publicis/Omnicom over the next 12 to 18 months.

And then clearly there will be huge speculation around IPG. It has lots of cash on the balance sheet but a big question mark over where the growth in shareholder value is going to come from going forwards. I suspect the IPG share price will jump on the back of the Publicis/Omnicom news. There are two likely scenarios. One, it could be seen as a possible takeover target; two, it remains independent and picks up some of the major client accounts that are likely to fall out from this huge deal. Either would be good for IPG shareholders.