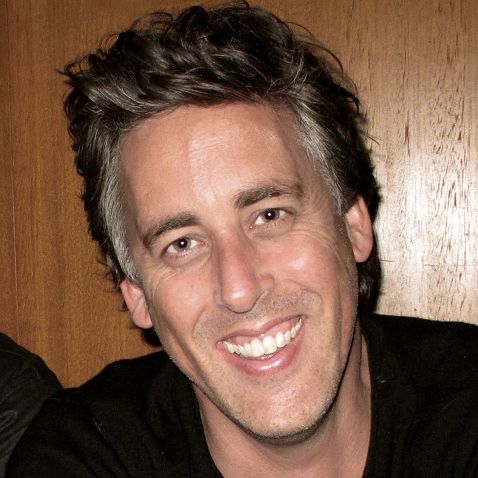 Rutherford could not be contacted but a senior source at the agency confirmed that staff were being informed right now of his departure.

Just who will replace Rutherford, who joined in August 2013, is yet to be revealed but the source said an announcement could be made in the near future. In the interim it is believed the state executive creative directors will be taking on his duties.

Rutherford's 20+ year career has seen him work across many creative Australian agencies including Y&R, George Patterson Y&R and Clemenger BBDO. More recently from 2008-2012, Grant was executive creative director of DDB Group Melbourne but left in July of 2012 to pursue other personal endeavors.
Rutherford's personal work has been acknowledged with over 150 international and national awards, including seven Cannes Lions, Gold's at One Show, New York Festivals, Clio, London Internationals, Mobius, AdFest, Spikes, AWARD and Silver nominations at the prestigious D&AD awards. His work as ECD has a similar record.

His work includes Carlton Draught's 'Made from Beer' campaign including 'Big Ad', which has been one of the most awarded campaigns in Australian advertising history. He has also been included in the top 10 art directors in the world in the Gunn Report.

Closer to home, Rutherford has been acknowledged with the prestigious 'Creative Leader of the Year' title at the Melbourne Advertising and Design Club for creative contribution to the industry. Grant's work has been included in the permanent collection at the MoMA in New York and the Powerhouse Museum in Sydney.

Rutherford has served on a number of marketing peak bodies: The Communications Council, the Australasian Writers and Art Directors Club (AWARD) and the Melbourne Advertising and Design Club (MADC). In 2010 he co-founded the Snowdome Foundation in memory of his daughter who died of Leukaemia.