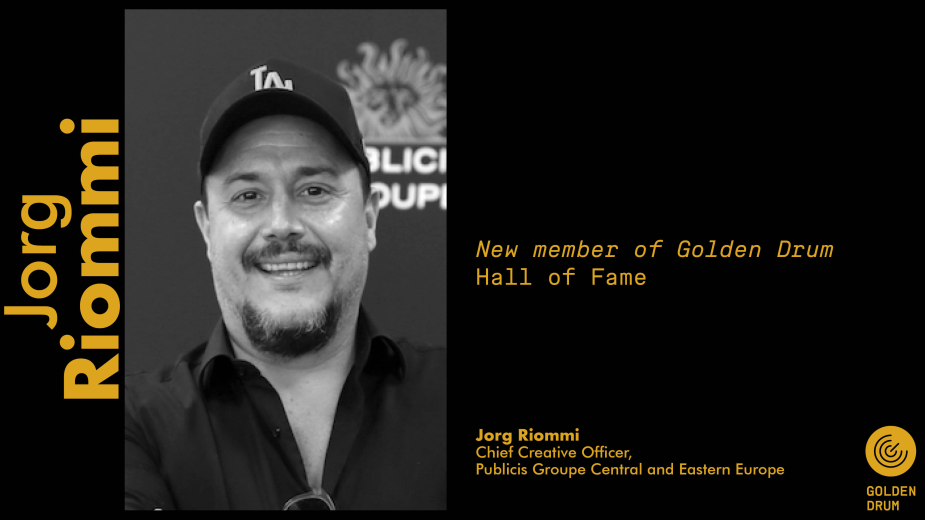 Jorg Riommi, chief creative officer, Publicis Groupe Central and Eastern Europe, has been announced as the newest member of the Golden Drum Hall of Fame, a selected group of visionaries and dreamers who have fought courageously and passionately for the progress of the creative industry.

Established in 2010, Hall of Fame celebrates those who have, through their professional career and personal life, influenced our creative minds and souls. Creative leaders who have inspired and motivated us, and who now guide us to move forward in our endeavours.

Jorg Riommi, Publicis Groupe, comments: ʺI’m extremely humbled, proud and happy for the induction in the Hall of Fame of the Golden Drum festival, the most recognised and important creative and advertising festival in the greater CEE region. I have many, many people to thank for this - all those who believed in me at the beginning and along the way, and all the amazing Publicis Groupe talent who contributed to do what we did, together.

"If someone would have told me this when I first arrived in Romania 15 years ago as a young copywriter, I would never have believed them. For me, to join such an esteemed line-up of fellow ‘hallers’ is a true honour. It is also a great confirmation that in your work, as in life, it’s always crucial not to listen to the average, but rather to do your thing with passion, take risks and put yourself on the edge. Because it’s there, where magic happens.”

Jorg strongly believes that creative/advertising festivals are fundamental for our industry as they set a benchmark of quality and reward innovation. He has left a great mark on the Golden Drum Festival. Over the years, he has inspired and fuelled our creativity as a speaker, jury member, he has won the title of ‘Creative Director of the Year’ and has helped Publicis achieve the prestigious title of ‘Network of the Year’ at Golden Drum 2021. He is known as a passionate, hardworking and dedicated creative leader who believes nothing is impossible.