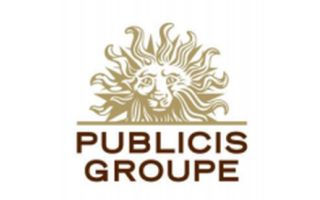 Publicis Groupe  today announced that it has extended its previously announced tender offer to purchase all of the outstanding shares of common stock of Sapient Corporation for $25.00 per share in cash (the “Offer”). The Offer will now expire at the end of the day, immediately after 11:59 p.m., New York City time, on January 7, 2015, unless it is further extended. All other terms and conditions of the Offer remain unchanged.

The completion of the Offer is subject to certain customary terms and conditions. As previously disclosed, the mandatory waiting period under the Hart-Scott-Rodino Antitrust Improvements Act of 1976, as amended, has expired and the Offer has been cleared unconditionally under the German Act Against Restraints of Competition. The Offer has been extended to allow additional time for the satisfaction of the CFIUS Condition and the FOCI Mitigation Plan Condition, each as defined in the Offer to Purchase dated November 12, 2014, as amended, and other related materials by which the Offer is being made.

Computershare Trust Company, N.A., the depositary for the Offer, has advised Publicis that as of 5:00 p.m., New York City time, on December 23, 2014, approximately 116,557,426 shares of common stock of Sapient have been validly tendered and not withdrawn pursuant to the Offer, representing approximately 79.6% of Sapient’s outstanding shares. Shareholders who have already tendered their shares of common stock of Sapient do not have to re-tender their shares or take any other action as a result of the extension of the Offer.