Agency kickstarted an awareness campaign that highlighted the primary issue of the Ethnic Pay Gap itself: invisibility 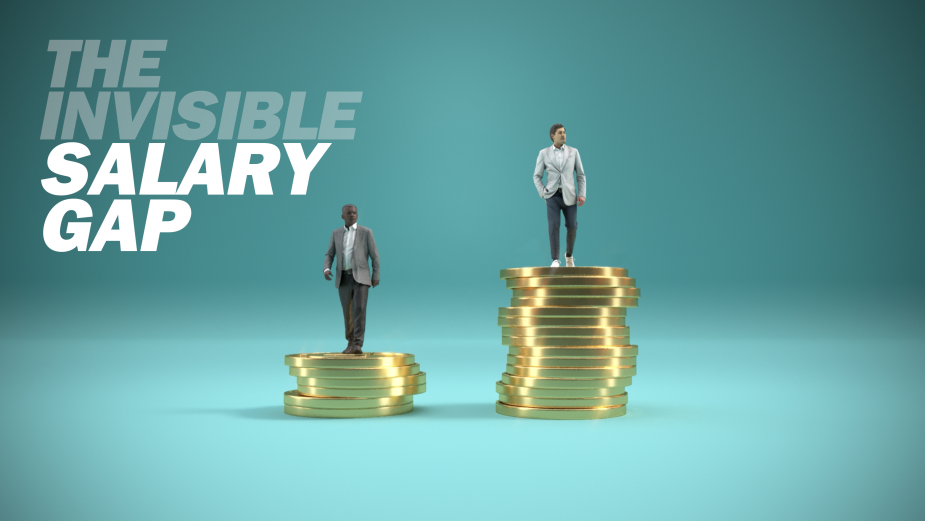 Publicis Groupe has teamed up with Le CRAN (Representative Council of Black Associations) to raise awareness of an invisible issue: the Ethnic Pay Gap.

The Ethnic Pay Gap is a global issue that almost no one is talking about: around the world, non-white employees are earning less than their white counterparts. The average racial salary gap in France is 26.25%, 23% in the UK, 25% in the USA, 21% in South Africa, and so on. The issue is further compounded with each added label: if a white man in France earns 100 euros, a white woman would earn 80 euros, compared to just 51 euros for a black or Arab woman, according to a survey from France Stratégie.

“Some salary gaps seem to be more visible than others, there is literally an elephant in the closet that we need to make visible,” said Louis-Georges Tin, Honorary President of Le CRAN and Prime Minister of the State of the African Diaspora when briefing Publicis Dubai about Le CRAN’s mission to raise awareness of the Ethnic Pay Gap.

Launched in 2005, Le CRAN aims to fight against discrimination suffered by black populations in France while raising awareness of racism and economic exploitation.

To put pressure on governments to take action, Publicis Dubai kickstarted an awareness campaign that highlighted the primary issue of the Ethnic Pay Gap itself: invisibility.

By creating a Twitter page, @lonelypaygap, the agency began to personify the Ethnic Pay Gap through a series of Tweets: “As long as I exist equality will not”; “Help me be seen”; and “When the world talks about progress, I’d love to be included.”

At first, no one listened. But over time as more people engaged with @lonelypaygap, the more visible the Ethnic Pay Gap became, quickly attracting 15,000 followers.

But @lonelypaygap is back stronger and more determined than ever before.

“If we don’t help this issue be largely seen, we won’t be able to solve it. We will continue to give a voice to the Ethnic Pay Gap by sharing it, spreading it and talking about it. Recently, Louis-Georges Tin, the State of African Diaspora and Le CRAN convinced French President Emmanuel Macron to restitute stolen African treasures in French museums back to Benin. And more restitutions to more African countries are to come soon. So, we are optimistic the Ethnic Pay Gap campaign will follow the same path: creating a change, for good,” says Bareche.