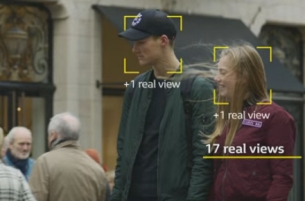 For the pre-launch of a new car model 'Renault Megane,' Publicis Brussels created Real Views: a surprising experiment to find out how many people wanted to see the car. Not via views on YouTube, but in real life, as the car drove by.

The car was fitted with six cameras, three computers, a GPS transmitter and 4G router. Using face tracking software, the car can automatically detect how many people look at it, whether it's driving or standing still. A counter on the rear window shows the amount of registered views. On http://www.realviews.be you can follow the amount of 'Real Views' the car is collecting and where it is in real time.

The car will drive through populated areas in Belgium until the end of January 2016.

Developer: Everything is Fun