Public Record Premieres 'We The Animals' at Sundance Film Festival

Visceral coming-of-age story is a co-production with Cinereach, an NYC-based independent film company 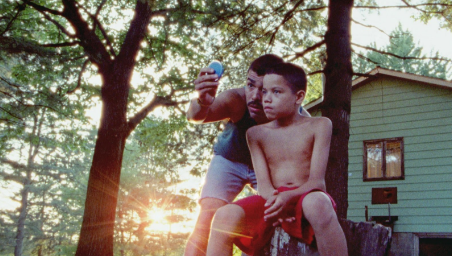 Brooklyn-based production and entertainment company Public Record premiered their first narrative feature film, We the Animals, at the 2018 Sundance Film Festival this weekend to critical acclaim.

The film is a co-production with Cinereach, an NYC independent film company (cinereach.org).

With a screenplay by Dan Kitrosser and Zagar based on the celebrated Justin Torres novel, We the Animals is a visceral coming-of-age story propelled by layered performances from its astounding cast – including three talented, young first-time actors - and stunning animated sequences which bring Jonah’s torn inner world to life.

Zagar’s first feature-length documentary, In a Dream (HBO), was shortlisted for an Academy Award and received two Emmy nominations, including best documentary. It screened at theatres across the U.S. and festivals around the world, winning at SXSW, Full Frame, and others. His second feature documentary, Captivated: The Trials of Pamela Smart (HBO), premiered in competition at Sundance in 2014.

We The Animals was shot primarily on 16mm film, with Zagar bringing on DP Zak Mulligan, who he has frequently collaborated with on Public Record-produced commercial projects. The team brought a true handheld cinema vérité style to the storytelling.  We’re not watching a film about a family – we’re watching a family. Zagar elaborates and sums up the film “All of our families are essentially cocoons. What the movie is about is breaking free from that cocoon. And there’s a necessity to break from it, but also to honour that cocoon. And to celebrate it.”