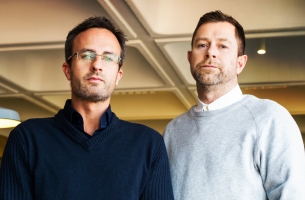 Eagle started his career in Wellington, New Zealand, before moving to London in 2001 and spending 9 years as Creative Partner of design agency Unreal. He did a 3 year stint in Sydney (at Moon and Host) then returned to London joining branding agency The Allotment, where he has been Creative Director for the past 18 months.

In his spare time, Eagle still managed to find time to set up two businesses; The Church (acquired by Designworks) in New Zealand and more recently, Biggie Smalls in Australia. Globally he’s worked with some huge brands (Coca-Cola, Lego, First Direct, Vodafone, Penguin, P&G and the BBC to name a few) and is widely recognised by all the major global award programmes including D&AD where he received the much coveted yellow pencil for branding.

John Treacy, ECD at Proximity London, said: “We had been looking for a long time for the right person to fill the Head of Design role, and Brian is a great fit. He brings a wealth of global experience that spans a variety of brands and disciplines – from large corporates to ambitious start-ups. He’s a brilliant craftsman who’s going to have a huge impact on the business and we can’t wait to welcome him into the fold”

Eagle said ‘I’m excited to be joining such a progressive agency and look forward to building an even more powerful design offering.”

Completing the new line up, Andy Todd has also been announced as Creative Partner. He’ll be working closely with John Vinton, who joined the agency early in 2014 from AIS. Todd has more than 20 years creative experience, 10 of which as Creative Director. No stranger to shiny metal, Todd has won a whopping 30 DMAs, 9 Campaign BIGs/Directs, a few Caples, Echo's and a Cannes Lion [DRTV] along the way. He was also an entrepreneurial founding partner of DS-J which was successfully merged into Partners Andrews Aldridge and later sold to Engine.

Treacy adds “Andy’s experience and commitment to producing great work will really help us push the increasingly high standards that we are setting at Proximity. He’s a great addition to the team.”

Todd joins in the wake of Jo Jenkins’ departure to Karmarama at the end of the month. The Head of Design role has been vacant since March 2014.