Provoking with Purpose: The Monkeys’ Refreshing Take on Diversity

Trends and Insight 780 Add to collection 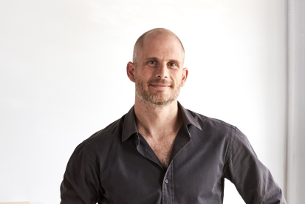 Diversity is finally having its moment in advertising. Brands have flocked to join the conversation, resulting in some brilliant campaigns (as well as some more questionable ones). This new demand for inclusivity throws up questions of how brands can stand out amidst this sea of inspirational sentimentality. Can you have fun with an idea without being insincere or devaluing the message? One agency found the answer with a distinctly Aussie approach.

Australia is perhaps one of the most diverse countries in the world but you wouldn’t know it from the sea of white faces that dominate its TV. The Monkeys’ Spring campaign for Meat and Lamb Association (MLA) this year was widely praised as hitting the nail on the head. It hammers home a clear message: lack of diversity on screen – but with a much-welcomed fresh approach that does away with sentimentality and adds a hefty dose of self-aware humour to the mix.

The ad plunges straight into self-professed ‘perky white male’, Luke Jacobz, announcing the lack of diversity on Australian screens. He’s swiftly replaced by a more qualified spokesperson, rising Bengali-Australian actor, Arka Das, who walks us through a utopic land where every cross-section of Australia imaginable is represented. It’s a light-hearted approach to an important message that has won the backing of a legion of Australian icons, including Olympian Cathy Freeman, Rugby player Greg Inglish, indigenous model Samantha Harris, and Greek-transgender comedian Jordan Raskopoulos.

No stranger to controversial subjects, The Monkeys has been turning heads for over a decade now, churning out provocative, creative work and tackling difficult subjects in their stride. They were responsible for launching one of the controversial films in Australia this year, Down Under, which centres on the notorious Cronulla Riots of 2005, with a bold and blunt print campaign. 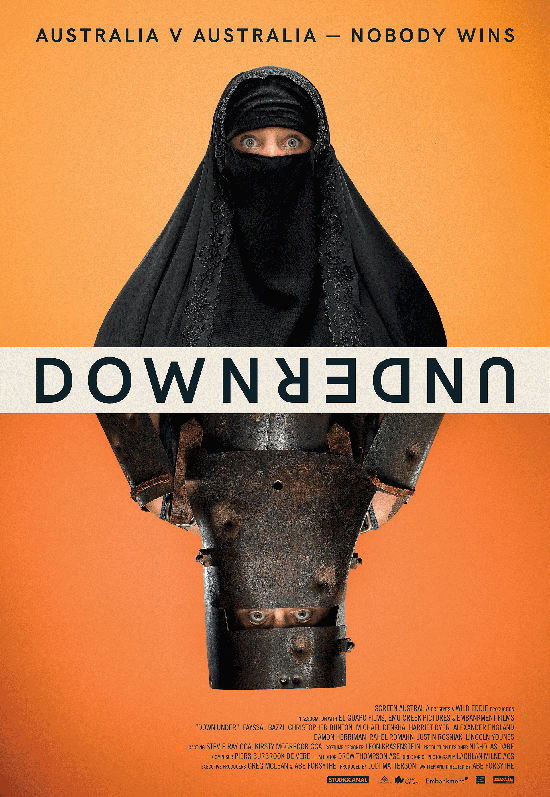 The poster for the controversial 'Down Under'

So why is this Australian agency drawn to subjects that many agencies might think twice about touching?

Co-Founder and Executive Creative Director of The Monkeys, Scott Nowell, explains: “We started the company precisely because we were attracted to this kind of creative challenge. At the heart of our business is ‘provoking with purpose’. There’s no point pushing anything just for the sake of it, but if you are unhappy with the status quo and you can use your work to change things in a positive way, then that’s what you should do.”

Scott compares the agency’s position to that of a court jester, who gets away with pointing out uncomfortable truths and poking fun at sensitive topics. Of course, there’s its intimate relationship with MLA to consider: their client’s blessing and shared mentality has given The Monkeys free creative reign.

Musing on the unique Australian sense of humour, Scott notes that it may as well be part of the school curriculum. “Australians have always seen themselves as larrikins and mischief-makers, always trying to sneak one past the headmaster – I know that’s how our friends at the MLA are anyway – and that probably translates into the way we look at life in general.”

But the simple element of controversy doesn’t account for the overwhelmingly positive international response to the Spring campaign for MLA. Rising awareness of political correctness means that campaigns are under more scrutiny than ever. Some brands’ efforts towards promoting a diversity-friendly image have spectacularly backfired on them. Take Bic’s cringe-worthy attempts at appealing to women: its disastrous 2015 Women’s Day campaign (which had the slogan ‘Look like a girl, act like a lady, think like a man, work like a boss’) was followed up with a ‘For Her’ ballpoint pen, which was, unsurprisingly, mocked mercilessly online. In light of this, it’s understandable that some companies would choose to play it safe.

Yet The Monkeys has not only avoided these potential pitfalls, but are thriving, having recently been named the 2016 Effie Awards Effective Agency of the Year and awarded the Grand Effie for its ‘Operation Boomerang’ campaign for MLA. How have they managed to strike the right balance?

For Scott, it’s down to their gung-ho approach to diversity. “Diversity is a hot topic politically and socially but there is so much hand-wringing over it; people have their heads in their hands with the gravity of it all. With our Spring campaign for MLA, the topic is so politically correct but the film is executed in such a politically incorrect way. It’s probably a relief for people to see this kind of approach to something we all seem to be so hung up on.”

He also recognises that the message of acceptance and unity might be resonating at a time where certain individuals and organisations around the world are gaining power by preaching division and hate.

So what advice does The Monkeys’ Co-Founder have for agencies that want to join the debate, and what about the risk of upsetting the applecart?

“The founder of Australian art and surf label Mambo, Dare Jennings, once said (I’m going to mangle this but here goes): ‘If I’m pissing fifty per cent of the people off, then the other fifty per cent will love us’. Any backlash means you’re getting noticed and that risk goes hand in hand with breaking new ground. If you’ve been diligent, there’s not too much of the latter, but if you’re being called out on something you may have inadvertently overlooked then that’s fair and something you should learn from.”

It’s clear that the diversity debate has only just begun. As it gains increasing momentum in the coming years, it will no doubt play a larger role in industry conversations. The Monkeys have set a high bar and proved that you don’t have to be daunted by diversity - you can have fun with it.