Awards and Events 237 Add to collection

After an amazing night, the judges crowned them the winners of Eclectics Battle of the Bands, in conjunction with Little Black Book. For their effort, they have earned a coveted.... 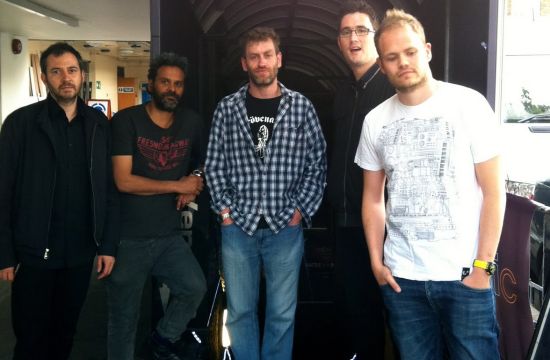 Battle of the Bands Final

Provenance of Squid left 229 The Venue victorious on Thursday evening.

After an amazing night, the judges crowned them the winners of Eclectic’s Battle of the Bands, in conjunction with Little Black Book. For their effort, they have earned a coveted spot playing a live gig during the Lions Advertising Festival in Cannes in June. In second place were Dead Pirates and The 151 took third place.

As in round one, Dead Pirates got the night underway. They eased out their brilliant indie-rock to the already packed venue of adoring fans, their natural French coolness on display complete with a brilliant pair of retro Stan Smith kicks.

Their set proved their cred and showed why they were so close to winning the competition. Complete with original tracks, they pumped out tune after tune before signing off to rapturous applause.

The baton was handed over to Provenance of Squid, with guitarist James flaunting his confidence in a Charlie Sheen ‘Winning’ tee shirt. Drummer Jeremy, minus the red paint this week, was a madman on the skins. He hits them harder than Andy Roddick’s serve. This week they treated us to something new, with a cover of The Hives’ “Hate to Say I Told You So”, smashing it in their customary heavy, hard and fast style, and followed with a host of others.

Bringing a little bit of class back to 229, The 151 altered the course of things from punk to funk. And they didn’t let the energy slip; all seven of them deserve maximum grooving points. In the 20-minute slot they packed in guitar solos, saxophone solos and even a cheeky keyboard solo.

But, there was no time to hang around tonight, as there were still another two acts to compete, next being Colonel Weng Wah.

With a Union Jack draped over the drum kit, marked with ‘Weng’, we were again reminded that “This is not a test.” On this night, the duo became a trio, with ‘Mr ZooZoo’ on the bongos, who hogged the limelight during “Sick Senses”.

Weng Wah didn’t shy from telling us his thoughts, insisting: “We don’t play covers”. He transformed suited workers into wannabe gangsters, taking them back to the “Old School”, which Weng Wah insists is the only school.

Louder and Louder were last to do battle, covering tracks such as Talking Heads’ “Psycho Killer” and “Celebrity Skin”, by Courtney Love’s band, Hole.

Most people had lifted a few by this point and Louder and Louder had the inebriated bunch going. The still-rammed room was not ready for it, but the night was gradually coming to an end.

However, there was obviously still the matter of deciding a winner. After a short wait, the judges announced their decision, and Provenance of Squid are the lucky boys off for some fun in the Cannes sun.

Guitarist, James, said: “It’s the best feeling. I don’t know where to start, we’ve had a great laugh. We’re gonna have fun in Cannes.”

So it’s all over, and I don’t think we at LBB will quite know what to do with ourselves next week. Maybe we could hunt down another battle of the bands and gatecrash. Whatever the plan, who’s up for next year?!