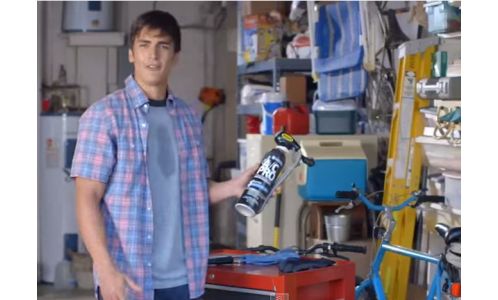 A/C PRO and its agency Protagonist have created an unusual shadow shoot to capture best quality in a multi-lingual commercial. With multi-cultural families now making up almost half the households in the U.S., this dual approach delivered a multi-cultural solution with spots of equal quality and production value, which is often not the case.

While consumers are bombarded with new car advertising, the reality is that people are keeping their cars longer than ever before.  Statistics show that the average car on the road today is seven years old, with the majority running “off warranty.”  At some point, all cars’ air conditioning units need recharging, which used to require an expensive visit to the mechanic.  But thanks to A/C PRO—who pioneered the auto aftermarket for “Do it Yourself” (DIY) recharge kits, and remain the market leader—there’s a fast, easy and inexpensive alternative to air conditioning recharge services at the local garage.

A/C PRO asked creative boutique Protagonist LLC to develop a spot that appealed to both the DIY crowd AND a broader “less handy” audience.  In addition, A/C PRO needed the TV concept executed in both Spanish and English.  So Protagonist conceived a “shadow production” that delivered a pair of television spots with different English and Spanish-speaking casts, each with the theatrical ability to deliver the story with the nuances of their cultures.  In each case the spot had to also reflect the premium positioning of the A/C PRO Brand.

With the help of sound design partner Sticky Audio Labs, which has strong multilingual capabilities, Protagonist worked to ensure that each script was polished to best capture the flavor of the storytelling and then cast with equal attention

You can view both the Spanish and English versions below.