Quirky habits, bad jokes and even worse dancing feature in a new campaign for Prostate Cancer UK, created by BBH as a love letter to dads in the run up to Father’s Day on June 19th, and a reminder of everything we’d miss about them if they weren’t around.

In BBH’s two-minute hero film, ‘Ode to Dads’, candid video and photography show real fathers getting up to typical dad behaviour, set to a version of ‘She’s the One’, originally by World Party and famously covered by Robbie Williams. A 90s version has also been created for TV, which will premiere on Friday on Channel 4 during Celebrity Gogglebox.

Inept DIY, obsessive vinyl ordering and an extensive variety of dad-relatable antics feature – but there are plenty of moving moments too, from a father offering his broken-hearted daughter a shoulder to cry on, to the dad who gently tends to his child’s scraped knee. ‘Imagine a day without our dads’, it says, before urging audiences to visit here help save lives this Father’s Day.

The inspiration for the campaign comes from Prostate Cancer UK’s 'Men, we are with you' promise. Over 11,500 men die from prostate cancer each year, with over 30 men estimated to die this Father’s Day alone. The film acts as a sobering reminder of how many people are robbed of being with their dads by the disease.

With campaigns like Ode To Dads, Prostate Cancer UK aims to raise awareness of the disease and vital funds for lifesaving research to help diagnose prostate cancer earlier. The campaign is aimed in particular at an audience of people with Dads over 50 who might find themselves worrying a bit more about their ageing parents’ health.

Discussing the campaign, Ali Day director of communications at Prostate Cancer UK said: “From dancing with no concept of rhythm, to providing a reliable late night taxi service or just a shoulder to cry on, there is so much to love about dads. The tragedy is this leaves so much to miss when they are no longer with us. 30 men die of prostate cancer every day. That is 30 dads, uncles, brothers and friends who will be lost this Father’s Day alone.”

“Our campaign has been created to remind people what they would miss in a world without dads, tapping into the public conscious at this poignant moment in the year to encourage a wide and diverse audience to join us and donate to lifesaving research. These funds are vital in developing an effective screening programme that can accurately test and diagnose men earlier, which could save thousands of lives each year and help give more men more Father’s Days.”

Greg Edwards, 63, has been through his own prostate cancer journey and is featured in the 'Ode to Dads' film. He has been with his partner for 17 years; and her dad helped him during his diagnosis as he had also previously been affected by the disease. Greg said: “When the opportunity came to support Prostate Cancer UK’s new Father’s Day TV campaign, I was delighted to help. I am one of the 1 in 8 men who will be affected by the disease, having been diagnosed in 2015. My partner’s Dad went with me for the operation to remove the cancer and having him there to lean on was really important for me, particularly as he’d been affected by prostate cancer too. I know I’m lucky to be here, and I’ll get through with the support of my friends, family and of course my father-in-law. I am living life with a smile on my face, and proud to be helping Prostate Cancer UK raise awareness of the disease and funds for lifesaving research.”

Nick Gill, creative director at BBH, added, “Prostate Cancer UK’s mission to stand with men got us thinking about what life would be like without the men we love and all the things we’d miss, especially when it comes to our fathers. So ‘Ode to Dads’ was conceived – a love letter to them, and a celebration of all the day-to-day eccentric dadisms we wouldn’t be without.”

Alongside the film, BBH has created a series of executions that will feature in DOOH & OOH sites in all major UK cities. thanks to media owners ClearChannel, JACK, part of BUILDHOLLYWOOD, City Lights and Open Media. The campaign breaks on 9th June, running for two weeks on television and social channels, supported by radio and OOH. Film and TikTok activations will run from 7th June. Media has been handled by the7stars. 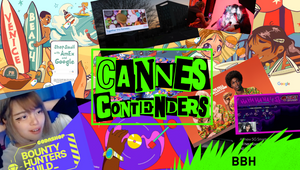 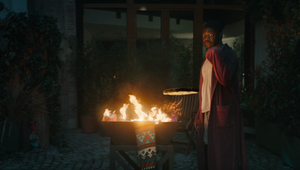 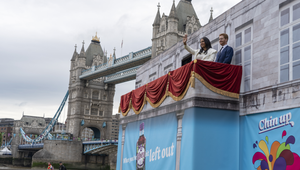 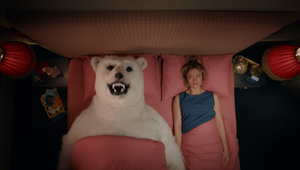