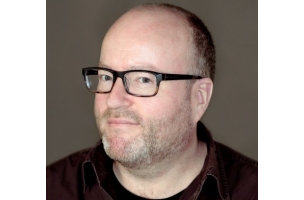 Prophet, the next generation consultancy, has appointed Paul English as Partner to lead the digital offering across Europe. Formerly a Founding Director of Sapient Interactive (later SapientNitro), English was most recently an independent consultant working internationally with brands including Bacardi and advising start-ups such as Smile Machine and Freeformers.

At Prophet, English will work across the consultancy’s key accounts as well as work to develop Prophet’s digital offering, aiming to accelerate growth through digital transformation. English will sit alongside the Prophet Management Team in London, made up of Partners Simon Myers, Felicia Rosenzweig and Greg Handrick. In parallel to working with the European partners, English will also form part of the global digital practice run by Chief Digital Officer, Chan Suh. He will take up his new position with immediate effect.

With over 20 years’ industry experience, English’s career has also seen him co-found insight-based integrated agency Brand Advocate in the UK and New York, acting as Managing Director and Strategy Lead for four years between 2008 and 2012. During his time there English won and worked with a client list including Hendrick’s Gin, Star Alliance, Louis Vuitton, Hewlett-Packard and Dulux.

English was the founding director of Sapient Interactive Europe (later known as SapientNitro) in 2006, where he grew the division from scratch to being named Forrester’s No. 1 European agency. Before that he worked in various roles for the Ogilvy Group in Europe and North America, ultimately heading up OgilvyInteractive France. At Ogilvy he led and grew key digital and integrated accounts such as Jaguar Cars, Air France, Motorola, Cisco, Goldman Sachs, Nestlé and Orange.

English’s career began as a journalist across publications including The New York Times and The Wall Street Journal Europe.

Rune Gustafson, President of EMEA Operations for Prophet, commented: “Few people’s careers span such a diverse and impressive range of clients and sectors both on British soil and internationally. Paul impressed us with his integral understanding of digital and its ability to drive brand and business growth throughout the enterprise. He brings a refreshingly unique and truly global perspective.”

Paul English added: “Following two decades of helping clients understand what digital means to their companies and their customers, it’s clear that digital opportunity lies at the intersection of customer insight, brand and business. With Prophet’s truly multidisciplinary focus on brand and business growth, starting with customers not technology, nobody is better poised to help clients to realise the full growth potential of digital offers.”