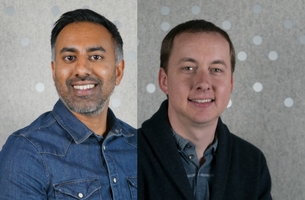 Alan McCoy joined Propac as senior copywriter from Dallas agency Moroch, where he worked on McDonald’s, Pepsi, 7-Eleven and FedEx accounts. He has held copywriting positions at agencies such as the Integer Group, TracyLocke and Signal. At Propac, he will be working on Lay’s, Ruffles and Pepsi accounts along with new business efforts.

Chris Varughese joined as an associate creative director with more than 10 years of advertising and retail-marketing experience. Most recently, he was at the Integer Group (Omnicom) in Dallas where he was an associate creative director. He has also held art director positions at TPN and TracyLocke, both in Dallas. Varughese’s brand experience includes Nintendo, Nokia, Pepsi, T-Mobile, Clorox, Bank of America and FedEx. At Propac, he will be working on the Doritos, Cheetos, Smartfood, Stacy’s, and Pepsi accounts along with new business efforts.

“We are excited that Alan and Chris have joined the team,” said Welch Farquhar. “Their experience with a range of clients, from brand to shopper, will be a great asset as we position ourselves as a creative team that drives business for our evolving client base.”

The move has already led to expanded scopes of work with roster clients such as Frito-Lay’s Smartfood, Sun Chips and Simply brands, the agency said.