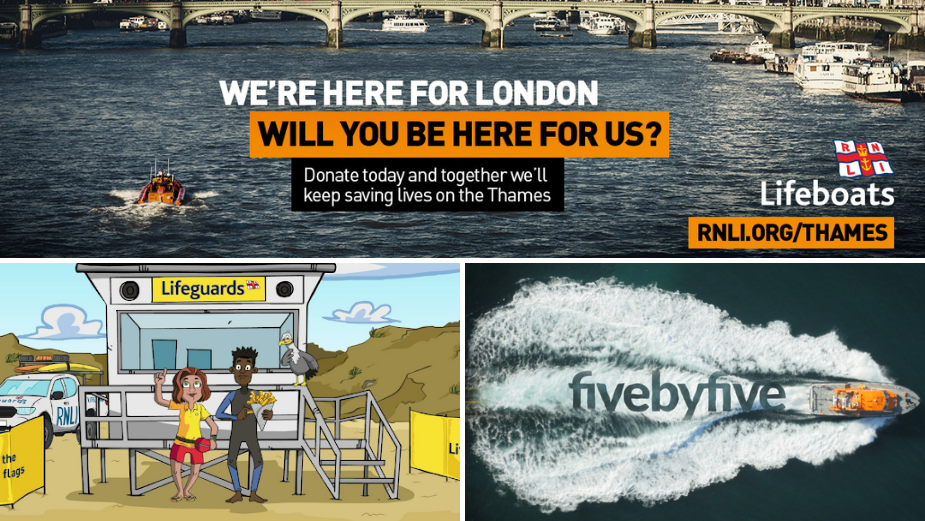 Identifying a suitable approach to sensitive subject matter is one of the biggest challenges facing any creative agency. The most successful solution will vary greatly depending on the brief, with client and agency prepared to work side-by-side to reach a shared goal. What the Five by Five UK team couldn’t have prepared for, however, was the transformative responsibility that the in-house creative team took on in the process of meeting that shared goal.
Since early 2021, the independent creative agency has been working with the Royal National Lifeboat Institution (RNLI) to raise awareness and drive fundraising through a series of advertising campaigns across print, OOH, radio and broadcasting. When the initial fundraising target was exceeded in the first burst, it was clear this was a partnership made to last.
Here, creative directors of Five by Five UK, Ravi Beeharry and Andy Mancuso, tell LBB why undertaking advertising responsibilities for a charity that saves lives on a daily basis allowed them to craft campaigns that make a difference.
“It was an honour to even get the chance to pitch to RNLI,” explains Ravi, “It’s an amazing institution that helps so many people across the UK.” After embracing their initial excitement, the team set about educating themselves on the reach, remit and range of the organisation. The gravity of the task at hand slowly began to set in, as Ravi and Andy registered that the work had to live up to the life-saving service the RNLI provides, and anything less than their very best work would be a disservice to this important national institution.
Right off the bat, it became clear that one of the most overlooked factors of the RNLI brand was the sheer scope of their search and rescue services, especially when it came to their presence in London. Ahead of their initial pitch the directors discovered that, contrary to popular belief, the biggest Lifeboats presence was in London, not a coastal town. “We were under the impression it was a brand for people who live by the coast,” Ravi says. “To learn that lifeboats save more lives on the Thames than anywhere else in the country, proved to us just how much we needed to raise awareness of their work.”
As the busiest service hub in the country, London’s Tower Lifeboat Station, located on Victoria Embankment, was in dire need of support. Five by Five’s first task was to raise awareness of the urgent attention the 20 year old station needed. “As Londoners, we didn’t even know that they worked the Thames, so to learn it was the busiest station was super insightful,” Andy explains. Tailoring their approach to tug on the heart strings of Londoners, the team landed on a simple brand message for the campaign: “We’re here for London, will you be here for us?” This direct and determined approach landed them the gig.
Launched in September 2021, the RNLI London campaign appeared across press, social, and digital, including paid searches, radio, and a partnership with the Evening Standard. Since then, the partnership has gone from strength to strength, sustaining Ravi and Andy’s enthusiasm for the account.

Five by Five’s first work with the RNLI set out to inform Londoners about the charity’s work in their city.

Sing When You're Swimming

As an entirely self-funded entity, the RNLI does not receive money from the UK government, meaning it has to rely on a lean marketing budget. “This type of brand might not have a huge budget, but we will push the creative as far as we can, to make it right,” says Andy. So far, Five by Five has delivered on a range of specialist projects for print, digital and radio, as well as a musical animation. The latter serves as a public service announcement for young people: the 30-second Seaside Safety Sing-Along advises beach-goers to follow simple steps to stay out of harm's way.

Five by Five partnered with Bristol-based WONKY films to craft the educational animation, which sees bright 2D cartoon characters issue friendly advice by way of catchy jingle. Aired just in time for the 2021 summer holidays, the spot benefited from broadcasting slots on popular kids channels CBeebies and Milkshake, the perfect platform to address children directly. From ideation to execution, the creative team remained steadfast on the idea of the animation being not only accessible to its target audience, but memorable.

“We approached this in a simplistic way, knowing we had to make it memorable and impactful, while driving the safety message about floating on your back like a starfish,” Ravi explains. This was achieved through a winning formula of bold visuals, clear and concise tone of voice and an earworm jingle. It proved to be an effective spot, with 93% of mums (aged 35 - 49) finding the safety instructions clear and easy to understand.

Five by Five’s Seaside Safety Sing-Along opted for animation to make their catchy (and life-saving) message all the more memorable.

Mulling over the effectiveness of a campaign is commonplace for creatives in the industry, post-launch. In the case of the Seaside Safety Sing-Along, Ravi and Andy were given the most clear-cut feedback imaginable. “My wife was watching TV and called for me to come over and look at what was on,” Ravi remembers, “There is this little kid talking about our advert and how it literally saved his life.” As it happens, a horrible incident had occurred in which a young child had become separated from his family when swimming in the sea, at Scarborough beach. A strong rip current had torn 11 year old Ravi Saini (not to be confused with Ravi from Five by Five) away from the shore, leaving him for his life. Addressing the nation on ITV’s This Morning, Ravi recounted how he remembered a life-saving message that he had seen on TV. “I used a technique called float to live, where you get on your back, making a starfish shape, then you float on top of the water,” he told Eamon and Ruth.

Crafting advertising campaigns that play a part in saving lives, surely has to be the ultimate reward for any creative person? “It’s an incredible feeling,” admits Ravi.

11 year old Ravi Saini recounts how he was able to miraculously save himself after being dragged out to sea in 2020.

Riding the Waves Together

After almost 200 years of saving lives at sea, the RNLI brand is nationally recognised and respected by most of the UK public. “Excitement and encouragement is the instinctive response to the brand, that’s the lovely thing about working with them,” reiterates Ravi.

Facing forward, the pair acknowledge their partnership with the RNLI for what it is. “We are privileged to be working with them”, says Andy. “We knew RNLI was an amazing institution, but now we’re always waxing lyrical about them and are loyal supporters.”

Ultimately, Five by Five’s work for RNLI has so far made for a creative experience unlike any other. As well as increasing brand awareness, Ravi, Andy and the team have also set about literally saving lives. Whatever comes next for the Five by Five team (both with RNLI and beyond), there’s no doubting the lasting impact they’ve made. 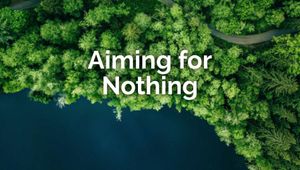 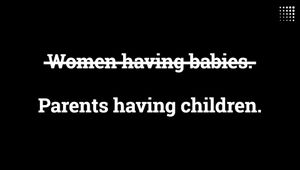 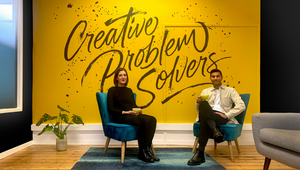 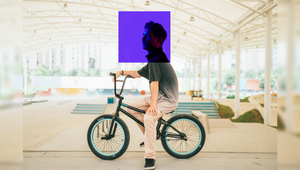