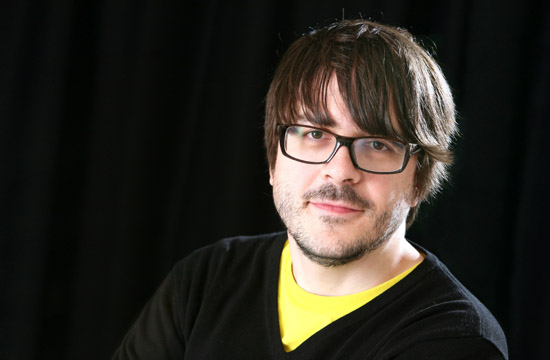 These industry thought-leaders will join the likes of Cindy Gallop, Founder and CEO of IfWeRanTheWorld; Dale Herigstad, pioneer of advanced interaction; Matthew Glotzbach, Managing Director of YouTube EMEA; Josephine Green, macro-historian, and change-maker, who all announced their participation in the event at the beginning of January.

Roberto Bagatti will be bringing his creative expertise and words of wisdom to the session ‘Design Companies You Need To Know’. As the Vice President of Creative for MTV Networks International and Creative Director for its World Design Studio in Milan, Roberto is responsible for reinforcing and communicating MTVNI’s unique position as a leading creative powerhouse. He works to align creative output with brand content and oversees and directs international branding projects across channel and property identities, building consistency between on-air, online, print and beyond.

Patrick Burgoyne has been the editor of Creative Review magazine one of the most recognized and respected trade publications in the industry since 1999. He is author of several books on design and visual culture and has written for many publications, including The Independent, Scotland on Sunday, Arena and La Repubblica.

Daniel Cross brings his expertise as both Global Music Manager for Adidas - where he is responsible for integration of music into global brand marketing production - and as director of music consultancy Record-Play. Record-Play manages Reebok's EMEA music strategy and works with a range of FMCG companies. They develop music concepts and aligne artists with brands.

Ricardo Fernández will be joining Cómodo screen’s session and will bring with him his passion for collaborative branding. As an Art and Creative Director specializing in audiovisual, interactive and branding areas, Ricardo has 15 years experience in the television industry. He recently worked on the rebranding of Canal+ España, including the Canal+ España web design. Ricardo has garnered a few prizes along the way, such as a Spanish Graphic Design Laus award, a Promax BDA and a New York Festival award, among others.

Professor Alf Rehn is the Chair of Management and Organization at Åbo Akademi University. As a business thinker, Rehn has been called an ‘enfant terrible of organization studies’ and a ‘star of the future’. He brings to the event his insights as a writer, a columnist and consultant. He has worked internationally on issues of strategy, creativity and innovation in companies ranging from start-ups to large multinationals. As an internationally recognized business thinker and writer, Rehn has published a wide range of academic books and articles, but also a series of books, articles, columns and thought papers for a general audience. His latest published book: ‘Dangerous ideas’ gives an alternative take on creativity and business.

Gary Smith will be joining Daniel Cross’ music session. He writes for the Lions Daily News, Locations Magazine, MIPTV News, Billboard and several other specialist publications, covering advertising, TV, music, location finding and technology. He has a special interest in the effects of social networks on human behaviour, and the ability of technology to change our lives for the better.

The PromaxBDA Europe Conference 2012 offers high-level lectures, workshops, debate and dialogue, providing creative and strategic marketing professionals with a stimulating environment. This year’s theme is What’s Next. It will introduce the attendees to the best practices, emerging trends and technologies constantly changing the international business of media marketing, promotion and design. The two-day conference will help to make the attendees more effective and efficient in everything they do personally and professionally.