'Progress is for Everyone' in New RHB Bank Film from FCB 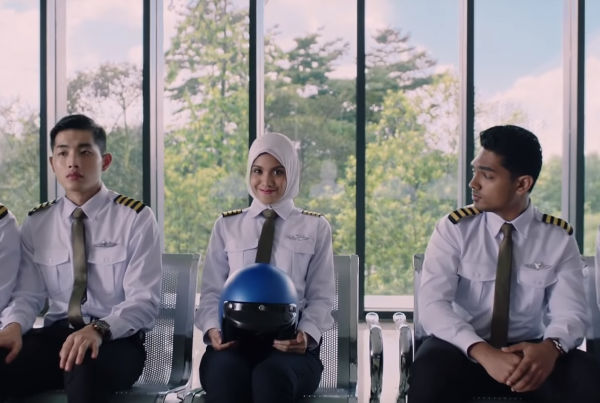 Encouraging people to pursue progress on their own terms is the call for action in RHB Group’s new brand commercial. Created by FCB Kuala Lumpur, the film is the centrepiece of RHB’s new brand campaign and recently refreshed brand image.

The new film takes inspiration from RHB’s highly regarded series of festive commercials that portrays the brand’s spirit through various Malaysian icons that have found success by defying the norms of culture and perceptions. ‘Progress is for Everyone’ turns the camera onto everyday people pursuing progress on their own terms; an interviewee out to shatter industry norms, an unlikely student with the tenacity to continue learning, a business owner defying stereotypes, a couple that doesn’t let image define them and an entrepreneur taking the first step towards making his mark.

Commenting on the film, Abdul Sani Abdul Murad, group chief marketing officer of RHB Group said: “Today, the notion of success is no longer confined to the conventions of wealth. We see progress manifested in different forms be it achieving massive life goals to celebrating the smaller, precious and profound moments that make life worth living. As RHB undergoes our own transformation to evolve our capabilities across retail, digital, SME and Premier banking, it is important that we acknowledge this shift in thinking so that we have a better understanding of what really matters to our customers. I’ve always believed that brands are at their best when they possess a compelling narrative that brings them into the world of their audience, therefore the focal point of the story you’ll see is about people and their desires to achieve personal progress, which is the fundamental reason why we exist as a bank.”

“It’s been a while since RHB has done anything of this scale, so we’re truly honoured to be a part of the journey. The film has been a been a true labour of love that began with our first campaign and has pretty much taken a life of its own from there. What we’re most excited with is the opportunity to keep elevating the RHB brand story from here on out… stay tuned!” added Ong Shi Ping, chief creative officer of the FCB Group Malaysia.