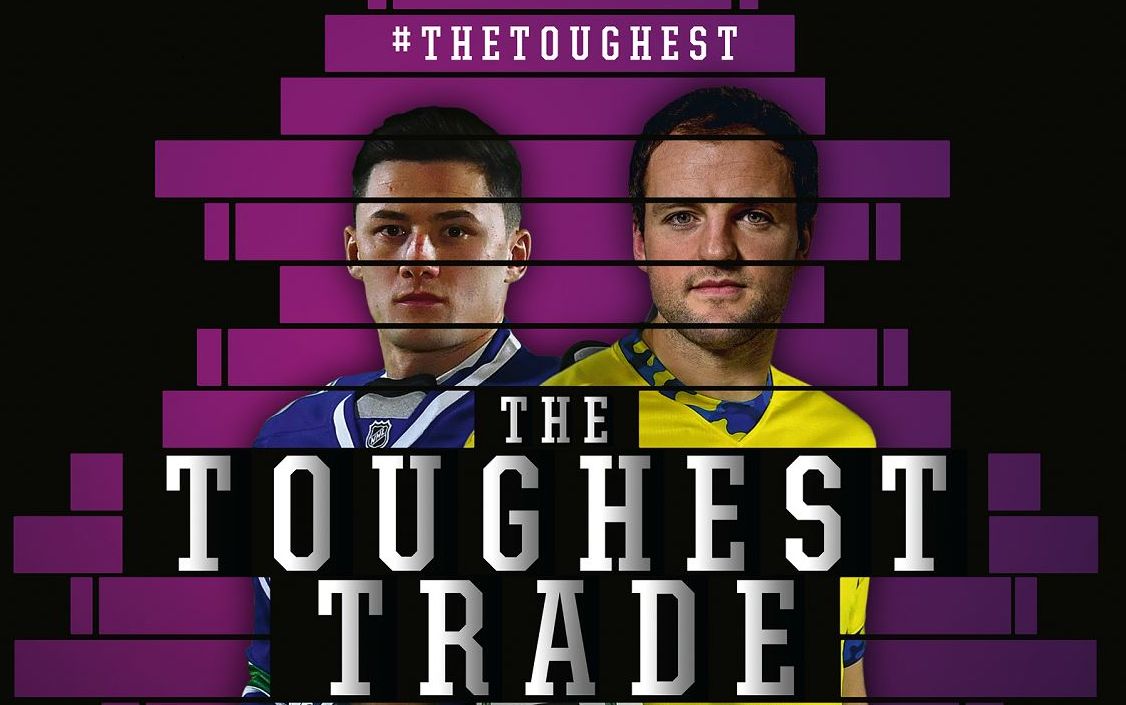 On 1st March 2017 GAA Club Championship sponsors AIB, together with Rothco, release the next instalment of the popular documentary series ‘The Toughest Trade’.

The GAA is Ireland’s largest sporting organisation. It is celebrated as one of the great amateur sporting associations in the world. To test the theory that amateur GAA players can compete at the very top level, the show takes local GAA stars and launches them into a variety of professional sports from around the world.

This series, Donegal footballer Michael Murphy is tested to his limits as he joins top rugby side Clermont Auvergne. In return, Welsh rugby star Shane Williams takes on life as an amateur with football club Glenswilly.

In the second episode, Wexford hurler Lee Chin travels to Canada to take on the seemingly impossible task of success at Ice hockey with NHL team the Vancouver Canucks. Canucks star Alex Auld heads in the other direction to play hurling with Faythe Harries in Wexford.

“We’ve long believed that the GAA Club players are among the toughest athletes in the world, rivalling any professional athlete.” Says Mark Doyle, AIB Group Brands Director. “The Toughest Trade gives us the platform to test our theory. This is the third year of the documentary series and will probably be the most physically challenging. We’re really excited to see how the players get on both here and abroad.”

In the first year of the series, both sets of athlete swaps were covered during one episode. Looking to delve deeper into the stories behind each athlete, Rothco split the swaps across two one hour episodes, doubling the time with each athlete and also the broadcast viewing numbers.

Account Director at Rothco, Aedamair Cassidy explains why the agency looked to continue the documentary series for a third year for AIB: “’The Toughest Trade’ is not just a TV series. It brings to life our creative platform in a truly integrated campaign. Previous episodes have been successful not only in terms of viewer numbers, but also driving engagement through social and PR in the weeks surrounding the programme. “

As well as a hugely physical challenge in this year’s trade, access to the professional clubs was ramped up this year, raising the intensity.

Cassidy explains: “We pushed for as much access as possible into the professional clubs so that our players can really immerse themselves in their new environment and understand what it’s like to be a professional sports player. All of the clubs involved fully bought into our experiment and embraced their new recruits”.