Production: What You Don’t Know CAN Hurt Your Business

The Influencers 348 Add to collection

INFLUENCER: PSN's Michael Moffett taps into his production service network to provide some real-time tips on the global production landscape 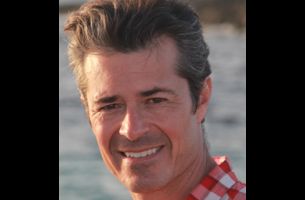 In an industry built on teamwork, Heads of Production can sometimes feel a bit lonely. Under ever-shrinking lead time, they’re shouldered with delivering the details on the best production approach available…ANYWHERE. Who could blame them for reaching out to the usuals - gathering estimates from production service companies in the same old countries without exploring alternatives that may be more suitable?

There’s no room for business as usual in an ever more competitive industry. No single producer, let alone company, has 100% of the latest local knowledge worldwide to determine the best place to shoot. And disregarding alternatives outright leaves the door wide open for someone else to propose a location that better fits the brief.

No one is immune. I’ve seen top dogs lose an award to a scrappier competitor who did its homework. So, I can’t hide a knowing smile when sitting down with producers from LA to London, Paris to Tokyo, who ask what countries are the latest hotspots to shoot. There is no one answer. But I have made it my business to find out for each brief.

Working with production companies around the world, it is easy for me to spot how producers’ knowledge about specific countries can very quickly become out of date and distort the decision of shooting in any given one. It’s not easy for producers to be on top of exchange rates, work visas, local taxes, and regulations, in every country - where frequent changes can tip the scales when deciding where to shoot.

For example, talking shop with production partners in Australia, they tell me the weakened Australian dollar is not the only way producers can save when shooting in their country, at the moment. Crews in Brisbane work a standard 10-hour day, as compared with the 8-hour day standard in Sydney. Currently producers are getting the best price down under in the Gold Coast city.

South Africa is always a production favourite, so most people are up to date with what’s going on here but recent work visa changes have been catching producers out. More time is needed to process work visas now to ensure a production remains viable in their country.

A one-day turnaround for US citizen work visas in Brazil is the latest move making it easier to shoot in a country where visas are not even required for EU and UK passport holders. But misinformation exacerbated by price hikes during the Olympics hosted in Rio lingers and can still cloud a producer’s judgement. Production partners in Brazil have pointed out to me that there are no taxes – or requisite to involve a Brazilian co-director – on TV commercials shot in its country - unless the commercial is broadcast in Brazil.

Union regulations applicable to signatory companies in the US prompt many American producers to shoot overseas. Foreign producers aiming to shoot in emblematic locations like Los Angeles or New York often consult with us about how those rules governing crew and talent hire will impact their shoot. While some foreign client projects can choose to shoot non-union, American production stalwarts tell us the perceived benefits should be studied on a case-by-case basis.

Also, we hear that if you are thinking of Miami and Florida, a 'Right to Work' state status there isn’t necessarily the panacea that the name suggests. Nevertheless, Miami doubles as a strategic launch pad providing top-drawer crew and gear for shoots across the Caribbean in island destinations like the Bahamas, where local offerings are very limited.

Many producers still dismiss Argentina as a shoot location because of the talent union demands implemented some years ago. Mandatory buyouts make the country less cost-effective for commercials with multiple versions requiring worldwide buyouts for loads of talent. But the Argentine government has taken a film-friendly turn by no longer applying 21% VAT to hotel bookings paid with a foreign credit card. It has also instituted a fast clearance system for temporary car importation. The permit process requires only six working days, making blocking off Buenos Aires’ diverse streets during the weekends rather easy.

As always, producers who know the full parameters of their brief are in the best position to research and present such alternatives to the industry’s most discerning clients.

Not to be overlooked by producers is ensuring that the local service provider complies with its own national legislation. The risk of not doing so can compromise the interests of a multinational client operating in the country.

To defend the production service industry in Spain against illegal and unethical competition, top-tier service companies are working together to ensure adherence to a new interpretation of labour laws. For a quality guarantee, I caution foreign producers to contract companies that are certified by AENOR, accredited in compliance with ISO standards, and partner of IQNet.

These are just some of the rules, regulations, currencies and paperwork continually fluctuating and evolving. The same production could have a different 'best' creative solution in a different country most every month.

We brought together the community at the Production Service Network to create a global production resource that can evaluate the best shoot options, with the most up to date information from around the world. In the ever-changing times that we live in, the key to producing the best work is having your finger on the pulse. After all, knowledge is power.

Michael Moffett is the founder of the Production Service Network and owner of Camino Media, Spain