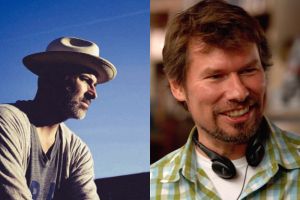 Award-winning comedy director Tim Hamilton (right) and photographer-turned director Chris Stanford (left) join newly launched production studio Hey Baby. Led by veteran film/commercial producer Johnny Parker as Executive Producer/Partner, the shop features a diverse roster of media-savvy filmmakers and provocative content creators. With storytelling as a driving force in all of its endeavours, Hey Baby approaches the evolving industry with a nimble approach to production in which filmmakers and seasoned producers alike are not afraid to get their hands dirty bringing a great idea to fruition. The team has already produced a number of spots for top clients including Google, Marriott, Hyundai, Kohl’s, Sonos and a heartwarming ad for Mother’s Day, “FlyBabies,” for JetBlue that accumulated 1.5 millions views online. Director Chris Stanford recently earned a Bronze Clio for his TaylorMade Golf “The Wait” spot out of Zambezi.

Notes Parker, “Both Chris and Tim have an innate storytelling talent that truly comes through in all of their work, regardless of genre. Their dedication and passion to film craft and global view on production meshes perfectly with the boutique, quality-driven approach that we are establishing at Hey Baby.”

The roster includes an award-winning slate of international directors, including Johan Tappert, Tobias Bergman, Marcus Lundin, Darren Statman, Henrik Sundgren and Roman Jirnih, along with the latest additions of Hamilton and Stanford.

Tim Hamilton is known for his dry, irreverent sense of humour and improv style that encourages a playful, intuitive and collaborative approach with his actors. An accomplished writer and director with experience in commercials, short films, television, music videos and feature films, Hamilton has helmed hundreds of spots internationally for top clients including Bud Light, AGF, Lexus, Verizon, Levi’s and Toyota, among numerous others. His short film, “Truth in Advertising,” was an Internet sensation and screened in competition at the Cannes Film Festival. The popularity of the short spiralled into an HBO commissioned pilot and a follow up piece, “The Reel Truth,” that was commissioned by Saatchi & Saatchi London for the Cannes Lions.  Hamilton’s additional short films include “Shrink” and “The Catsitter,” both of which he wrote and debuted at the Toronto International Film Festival. His first feature film Mama’s Boy, for Warner Brothers, starred Jon Heder, Diane Keaton, Jeff Daniels, Anna Ferris and Eli Wallach. Prior to this, he directed a comedy series for Steve Martin’s company Martin Stein and NBC, working with top actors such as Wanda Sykes, Fred Willard, Steven Wright, Teri Garr and Mary Lynn Rajskub.

Chris Stanford has been a consummate storyteller since he was a child, born from his genuine curiosity and fascination for people from all walks of life. This insightful explorative quality led to a successful career in portraiture and photojournalism with a focus on musicians, artists, athletes and celebrities. His work with top celebrities and Fortune 500 companies has been featured in Vanity Fair, Rolling Stone, Time and Sports Illustrated. Stanford made the seamless transition into film in 2009, directing commercials and branded content for top clients such as Google, Ford, Adidas and Pepsi. Combining an unwavering commitment to storytelling with impeccable visual taste and a contemporary, hip style, Stanford captures stunning images that transport viewers into heightened sensory experiences.