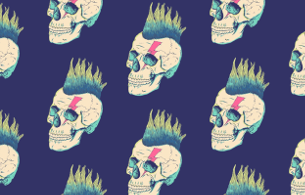 After the resounding success of our first two Production Social’s, a third event has been announced.

This year Production Social pays homage to the pioneers that fought for a way of living, for the differences, for the empowerment of a discouraged generation and for a voice found in originality.

The event celebrates divergence and the complex relationship that exists between culture and ideology. It will salute the people that make things out of the ordinary, those who push the boundaries of their generation. People who make things happen, the power of doing, the embracing of imperfection.

Come along to hear an exceptional line up of makers and craftspeople who connect to the Punk ethos, talk about their passion and craft, including music, art, photography, filmmaking, technology and unique experiences.

They’ll take you through some of their personal journeys and favourite pieces of work, explaining how they changed the status quo and created their unique projects. Passion and drive is a common thread they all share.

The session will end with a panel discussion around the legacy of Punk and its influence on the Makers Revolution today. 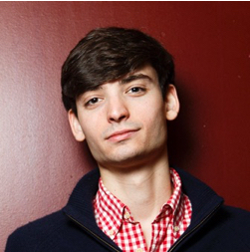 Alex Klein is the CEO & co-founder of Kano, which creates computer kits for all ages, all over the world. Prior to starting Kano, he covered business and technology for Newsweek, and wrote for New York Magazine and The New Republic. Prior still, he studied economics and political philosophy at Yale and Cambridge. 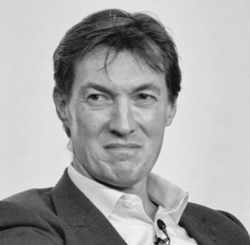 Brian Message is a partner in Courtyard Management and co-founder of ATC, the management and live booking agency business.  ATC now represents over 200 artists.  Brian personally works with Nick Cave, PJ Harvey and Radiohead. Brian is a director and former chairman of the MMF an organisation that represents over 500 front line artist managers and works closely with the CEO of the Featured Artist Coalition, the artist body who’s co-chairs are, Ed O’Brien from Radiohead, Nick Mason of Pink Floyd and Sandie Shaw.

Through his work with both organisations, he promotes the benefits of transparency and the opportunities provided by technological change, both for artists, their partners and the music industry as a whole. 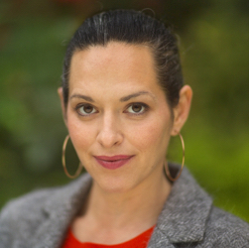 Debs is in the unusual position of being both artist and entrepreneur, she has a passion for creating meaningful and memorable experiences for people and has founded 5 influential creative companies over the last 15 years.  After studying Fine Art from 1993-1997 at Central St Martins and Byam Shaw she first made her mark as the Producer of Lost Vagueness (2002-2006), turning it into a ACE funded, touring theatre company. Deborah founded Strong & Co in 2006 which she still runs today, one of its major successes amongst many others was the creation of the legendry Shangri-La at Glastonbury Festival. 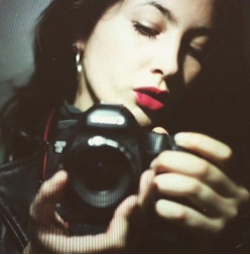 Jade Jackman is a 22-year-old documentary filmmaker and photographer. She is interested in taking a creative approach to contemporary political issues by fusing art and documentary techniques together. Most recently, she was funded to go Mexico by One World Media and is one of the first recipients of the Sheffield DocFest and JustSo short film fund. She is also the co-founder of Eye Want Change, a short film competition that encourages students to creatively document a societal issue on their mobile devices. 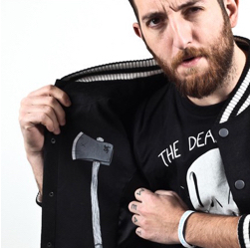 Mcbess (Matthieu Bessudo), born July 5, 1984, is a French illustrator living in London. His style combines influences like 'Fleischer Studios' old cartoons with contemporary references and typography.  His drawings often present himself at the center of a surrealist world filled with food and musical references – such as amps, guitars, and records. He has collaborated with brands including Nike, Converse and Jack Daniels. He is also a musician in a band, The Dead Pirates. 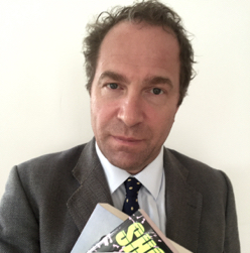 Dani Michelon, Head of AMV XLAB, the innovation lab at AMVBBDO & Founder of Production Social along with Astrid Van Essen, MD of Media Monks have helped to curate the event, and they’ll be guiding you through the evening.

Who is it for?

Producers of all kinds, people who make films, digital campaigns, design, develop products, hybrids, developers, entrepreneurs, thinkers, doers, creatives, people who like to get their hands dirty, the makers. We also welcome marketeers and anybody who wants to learn more about what’s possible in the world of making today.

On Wednesday 30th November, doors open at 17.45 and the talks begin at 18.05, there’ll also be beers and pizza to keep you going and plenty of time to meet, greet and network.

More information on the event can be found here