The awards are now open for entries, with a closing date of September 1st 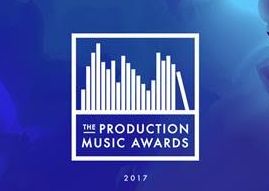 The Production Music Awards in association with MCPS Production Music will return on Friday, November 24th, championing the depth and quality of modern production music to the wider sync, media and advertising industries.

This year, PRS for Music, alongside MCPS Production Music, will play a key role in supporting the awards, helping to increase its presence in the music industry and the media industries as a whole.

The awards are now open for entries, with a closing date of September 1st. Music libraries can submit work and view the rules for entry online.

Also returning this year is Tune Up, a dedicated event for composers, musicians and producers, which takes place in the daytime before the awards on November 24th. Tune Up moves to a new venue for 2017 – BFI Southbank, which boasts an impressive screening room with industry leading facilities to host workshops and presentations.

Last year, Tune Up featured a presentation from Academy Award-winning composer Dario Marianelli (Atonement, Kubo and the Two Strings), alongside industry focused sessions from cellist Peter Gregson (Wonder Woman, Churchill) and composer Rael Jones (My Cousin Rachel) among others. Speakers and sessions for the 2017 edition of the event will be announced shortly.

The Production Music Awards are presented once again in association with MCPS Production Music, while PRS for Music and the PRS Foundation, the UK’s leading funder of new music and talent development, have also partnered with the awards. The Musician’s Union, Spitfire Audio and production collective WMP are key sponsors of the celebratory event.