Peter Steinzeig on board as Executive Producer 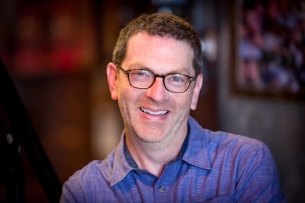 Tröll is positioned to address the recent trend towards all-in commercial production, and with distinct creative talent such as the Snorri Bros, we can take any project from inception to completion, said Steinzeig.

The team has worked with the Snorri Bros (Eidur and Einar Snorri) for years on various projects for brands that include Hummer, Palm and Texas Health Resources, and always succeeded in finding the perfect mix of practical production-driven storytelling and visual effects. The Snorri Bros develop such innovative approaches to making the real look fantastical, which defines their distinct live action style, explained Michaels. They are a perfect fit for our roster, and together with Brickyard VFX, its a nice balance that speaks to the flexibility and range of talents that Tröll offers.

Day-to-day operations will be led by Steinzeig, who has two decades of experience in both domestic and international commercial markets, and partner Steve Michaels, who brings a long tenure of managing successful visual effects studios from Method Studios to Brickyard. Trölls skilled directors will offer live action expertise for clients of all sizes, and Tröll will exploit Brickyards bicoastal resources in both Los Angeles and Boston to scale for any sized project.

Thinking Of Buying An Oculus Quest 2? Here’s All You Need To Know
NESCAFÉ Just Made a Coffee Table Out of Coffee Grounds
Nova Wav, Audrey Nuna and Ecko Spark Passion in 'No Ceiling' Video for Lexus
Jessica Alba and Zac Efron Take Action in Spy Thriller Trailer for Dubai Tourism