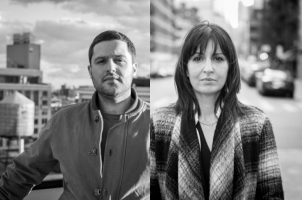 Upcoming projects from Honor Society directors include spots launching this month for top brands like WSJ, Target, Oral B and Verizon.

“We are looking forward to bringing a fresh perspective on commercial production that really embraces the entertainment aspect that the industry is moving towards,” notes Kelly. “I am really excited to continue working with Eli and about this phenomenal roster of talent at Honor Society.”

“Megan and I are excited to join forces again to form Honor Society with a roster of directors who share our vision for creating original, inspiring content across all media platforms,” adds Rotholz.

Megan Kelly brings nearly two decades of experience on both the agency and production sides of the business and was an early adapter for digital content. While honing her skills for every facet of production and cultivating strong and enduring relationships, she has also earned a reputation for curating and developing talent. Prior to founding Honor Society with Rotholz, she led production teams for such top industry shops as Savage, Shilo, The Sweet Shop, Public Domain and Czar. Most recently Kelly started the Live Action Division at Click 3X. Kelly’s work has garnered some of the industry’s most prestigious awards, including One Show, AICP and Cannes Lions.

Eli Rotholz honed his sales skills while working with some of the top directors and production companies in the industry at Ziegler/Jakubowicz and Moustache. Most recently, while building a diverse roster of directors with Kelly at Click 3X, he uncovered a passion for discovering and developing new talent. An avid cinephile and musician himself, Rotholz has parlayed his love of the arts into a successful career, bringing the same level of enthusiasm that he does to the stage.