Most recently, Monteiro was accepted into the highly-competitive American Film Institute (AFI) Directing Workshop for Women 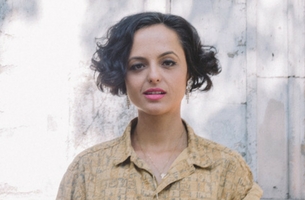 A world traveler with a wide breadth of cultural understanding, Monteiro’s work fuses diverse global perspectives with compelling narratives that resonate with audiences. Her stylized approach can be seen in commercial spots and branded content for the likes of Nike, Coca-Cola, AT&T, Chevrolet, Smirnoff, Mastercard, among many others. Having directed projects in a multitude of languages and in more than a dozen countries and four continents, her representation at Gloria further amplifies the production company’s dedication to creating authentic narratives that accurately reflect global perspectives.

Gloria Founder and Director Diego Luna notes, “We are really excited to have Gandja on board with us at Gloria. Her charisma and unique creative approach to storytelling not only takes narratives to the next level, but also makes her fit right in at Gloria. We want to see her grow and develop in all narrative forms beyond advertising.”

Adds Gloria’s Executive Producer Eric Bonniot, “Gandja is the perfect addition to our team of dedicated storytellers. Her creative flair shines throughout her work and it’s very clear that she brings a unique vision and determination to everything she does.”

Monteiro adds, “I am excited to be a part of a company that is generating powerful work on all fronts of the industry. Pablo, Diego and Gael are all highly recognised in the industry and have been doing this for a while, so I plan on really absorbing their guidance, and help sustain Gloria’s strong narrative arm. We also all share a similar mindset of telling great stories and making a mark in the world through our work without being held back by cultural limitations.”

Most recently, Monteiro was accepted into the highly-competitive American Film Institute (AFI) Directing Workshop for Women and is currently working on a female-led sci-fi short that will debut at the DGA Theater in Los Angeles. Her narrative short “Almost Every Day” garnered international visibility in festivals such as Tribeca and Palm Springs Film Festival, and went on to be shortlisted for the Academy Awards®. She has also directed an hour-long episode for HBO’s documentary series Youth, produced by Prodigo Films. Prior to coming to Gloria, Monteiro was represented by Hungry Man, Zola Films and Prodigo Films.

Monteiro graduated with a film degree from NYU's prestigious Tisch School of the Arts, but had been immersed in the arts from an early age while attending Fiorello H. Laguardia High School of Performing Arts. With an NYC upbringing, her creative surroundings and influences--including her family--helped steer her toward a career behind the camera. Being deeply immersed in entertainment and filmmaking, Monteiro is bi-coastal and spends most of her time between Los Angeles and NYC.