CANADA has linked up with Riff Raff for commercial and music video work in London. 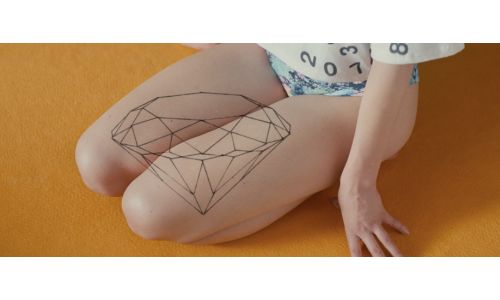 The Spanish production collective CANADA are best known for their art-driven, highly technical and playful style of directing. They are led by directors Nicolas Mendez and Lope Serrano and supported by executive producer Oscar Romagosa. On top of this they represent Erik Morales & Yuichi Kodama both of whom are widely awarded in their home countries of Spain & Japan, where their aesthetic blends complement the tone of Canada the production company.

Recent work for Canada includes the Crème Caramel project for Nowness & the wildly popular video for Phoenix’s “Trying to Be Cool”, as well as the "Pemberton" Coca-Cola campaign. Erik Morales has just made a very successful campaign for Volkswagen, and Yuichi's heavily awarded work for UNIQLO is deeply inspiring.

“We were very much attracted to the aesthetic of what Matthew has built at Riff Raff, we feel we have found someone who understands what we as a company want to do, not only with Nicolas & Lope (aka CANADA) but also Erik, Yuichi and our new up and coming directors. With what Riff Raff have built they have shown they are interested in developing new talent and keeping the creative content at a level that they are proud to achieve. That’s a difficult balance in this day and age” Oscar says.

“Like most people, I have been a big fan of CANADA for a long time” said Matthew.  “When I started talking to Oscar and he described that CANADA did not just wanted to be represented as directors in London, but wanted to partner with a like minded company it felt we had a common desire straight away. I was attracted to their ethos and their desire like me to concentrate on creative quality in everything we do. When you partner with people who have the same vision it makes you both stronger and better for it.”