Producing in the US vs the UK: 10 Differences 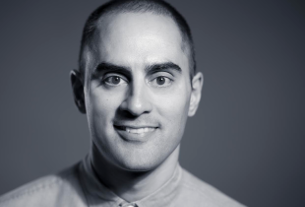 After living in London and working in production since finishing university, I decided to jump ship and cross the pond to New York. Having spent the last seven years in London at BBH and working with a lot of US directors and US based production partners, I was excited to learn more about how adland and production worked in the birthplace of modern 20th century advertising, and to hopefully bring some European influence stateside too.

People often ask me what the differences are in terms of producing in the US versus the UK. The production framework and the mechanics of the job are essentially the same, however cultural nuances and differences do come into play. Overall, the emphasis on being a creatively led producer are still of paramount key importance stateside, especially at an agency like Droga5, where award-winning, high-quality, and ground breaking work is part of our DNA. The importance of taking great pride in and being accountable for every aspect of each of my productions is also a given, as is demonstrating leadership qualities about the value of production, fantastic craft, and project output speed for our clients and Droga5.

So what are some of the differences? Here is a 10-point list for starters.

1) Firstly, production timelines are generally shorter in the US. It’s not unheard of to do a director search, pitch and treatment process and award the job, within five to eight working days. Clients will often give the go-ahead on a project with a shorter timeline overall, so production timings throughout are tighter (pitch process / pre prod / post prod). Sometimes that puts undue pressure on directors to provide treatments in two-three days, which is not the ideal scenario for our production partners. However, production companies in the US are quite used to turning around treatments and budgets very quickly and the flip side is that jobs book fast. I now understand why, when I was in London, it was sometimes difficult to get a US director booked on a UK job, as directors are often on back-to-back US jobs (or even single bid, which is generally a less common practice in the UK).

2) Production colleagues ask me “Are budgets healthier in the US?” I’d say yes and no. There are still the scrappy $50,000-200,000 jobs which involve pulling a lot of favours and leaning on production partner relationships to make the jobs happen. There are also the big budget film / Super Bowl type productions with budgets over $1 million, in which production partners are paid what is in budget and expect to pay all of their crew accordingly. Generally, production company mark up on their budget is ring fenced at 25% here in the US, as opposed to the standard UK 20%. Director fees are generally higher in the US versus the UK too. Overall, production unit costs are on average higher in the US, as is reflected in the budget.

3) My observations from being here are that, in terms of director choices, clients are more risk averse in the US and it’s generally harder to break new talent overall, which is one thing that I love about my job - helping to discover the next generation of Glazers, Gondrys and Zacharias. Fortunately, at Droga5 we have fantastic clients and a track record of working with the best and most interesting directorial talent from around the world. The film department at Droga5 takes huge pride in seeking out and working with the best in class. We recently worked with Aiofe McArdle at Somesuch on a big Under Armour project and Daniel Wolfe on the award-winning Hennessy ‘The Piccards’ campaign. Droga5 championed Martin de Thurah for Hennessy, when he was breaking into the US, resulting in the multiple award-winning ‘The Man Who Couldn’t Slow Down’. His recent Under Armour ‘Phelps’ work won the Grand Prix in Craft at the Cannes Lions. Droga5 recently collaborated with FX Goby, a cool, young director at Nexus, who is one to watch.

6) Due to the size of the country and the fact that production partners are spread across the whole country, it’s rare that you get to meet a director during the pitch process, which is mostly handled on conference calls (it’s not unheard of for creatives to meet their director on a job for the first time, at the pre-production meeting or even on set). I miss the face-to-face, initial pitch meetings I’d have in London, when I’d meet up with the creatives and director, where possible. It’s a really useful meeting to see if the chemistry works well between the director and agency team before a job is awarded. I try to encourage Skype calls with directors now, so at least you can connect with the director earlier on a more visual level. Creatives here respond well to that, as do production companies.

7) Some of the processes of working with business affairs are different. In the US the producer doesn’t generate POs - they’re handled by the business affairs manager, who also handles payment to production partners across the board. That’s as opposed to the UK model in which the producer liaises directly with his or her finance department. Most clients and agencies have wrap-up insurance in place, meaning that production companies don’t need to have their own shoot insurance line item in their budget, as it’s wrapped up in the clients’ overall yearly production insurance premium.

8) The film editing process is different because in the US directors are not contracted to do a directors cut. The standard process is that the agency will contract the edit house directly for the whole edit. At Droga5 we’re respectful of directors and ask them who their top choice is to edit the project and try and book that person where possible. Droga5 is very creatively driven so we keep directors as involved as they can and want to be. Often directors move directly to another job, so we send them links to get their feedback, etc.

9) There’s a big difference between the production sales and representation models. The traditional in-house rep model does exist and works very well (Moxie, Hungry Man, Smuggler, and others do have in-house reps that solely represent their respective directors). However the independent rep model is also prominent here, whereby a rep will represent a live-action company, animation company, music company, a VFX post house, an edit house, etc. It can be a little back-to-front sometimes when you are being asked by independent reps to think about editors, post or music when you don’t even have a director shortlist yet!

10) Culturally, the way Brits and Americans conduct business has its differences but that was part of the appeal for moving to another country: to learn about how business is conducted and to integrate myself into that culture.

It’s been a fantastic journey for me, producing in the US. I’ve enjoyed it immensely and have received a lot of respect at Droga5 for bringing a different point of view and perspective to production. It’s ultimately about producing the best work possible with the best production partners around the world, and our industry facilitates a nurturing culture that allows us to do that – while bringing other cultural and production influences with us along the way. 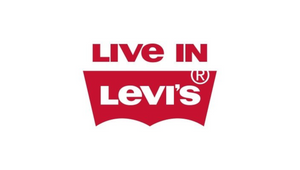 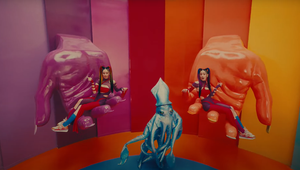 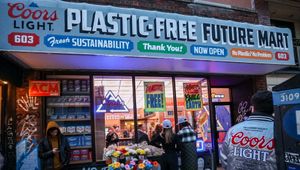 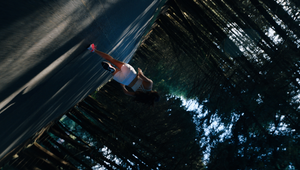