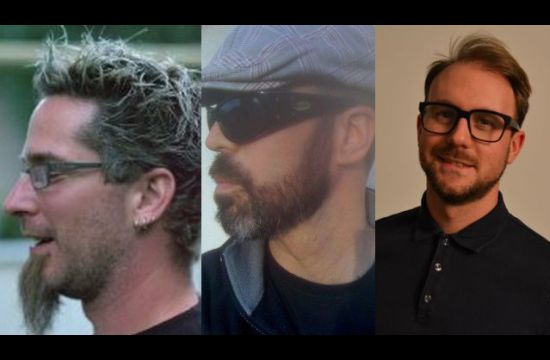 Prodigious, Publicis Groupe’s global production platform, today announces further steps towards strengthening its broadcasting facility in London with increased access to the Paris-based in-house 3D service, the appointment of Scott Marshall of Bam Sound to the audio team and a partnership with offline editor Pete Lurie.

Prodigious’s highly experienced 3D team, led by Mattieu Royer and Guillame Noblet, will now be fully accessible from London. Noblet, founder of Panache Animation, is Director of the Animation/VFX department at Prodigious Paris, where he leads all animation projects in France for the group.

Marshall joins Prodigious from Bam Sound, bringing his own roster of clients and credits that include full post supervision, mixing and sound editing for feature films, on top of sound design and mixing for commercials, long form documentary and promos.

Pete Lurie, a Bafta winning offline editor and founder of Pete Lurie Editing, will now also be available to Prodigious clients - partnering with Prodigious on various projects, whilst providing offline services through her strong and talented team of editors.

“We know the potential of the UK market but more importantly how demanding it can be: our goal is to make Prodigious one of the reference players in this market. With these developments, London is settling as a broadcasting facility with the same skill and experience as our historical Parisian hub”, says Pierre Marcus, President & CEO of Prodigious France and Worldwide Head of Broadcast.

Ewan MacLeod, Director of Integrated Production, comments: “In terms of kit and talent Prodigious is the largest and most respected facility in Paris and works on 95% of Publicis' work. That is why we are hugely excited to be able to offer to the UK market the skills and experience that are so successful in Paris, Along with the newly agreed Pete Lurie partnership and Scott joining the team, our capability is stronger-than-ever.”

“Not only do we intend to have strong local capabilities but we are also looking at further cross-fertilising across territories for the benefit of our clients”, adds Pierre Marcus.