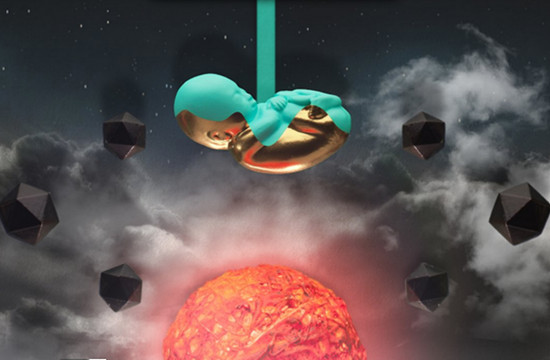 ‘Peppermint’ by Julio Bashmore has been released; with a highly technical accompanying promo from acclaimed animation director Noah Harris from Blink Films. The work was produced at the Prodigious facility on Whitfield Street, part of the Publicis Groupe’s global production platform.

Making the most of Prodigious’ extensive range of services, the promo was shot entirely in their studio and posted all under one roof.

The three minute film combines numerous stop frame and CG animation composited elements created using a variety of compositing tools. Prodigious Flame artists Ben East and Jamie Russell led the compositing team and due to the sheer volume of work to do in the short time frame, brought in flame artists from Absolute, Glassworks, 8 VFX, CherryCherry and 1920 to help out.

With the post led by Prodigious’ head of Production, James Niklasson, the shoot and post ran simultaneously around the clock for three weeks clocking up around 1000 hours of post time working on a total of 80 shots with Noah practically moving in to direct the project.

James Niklasson, Post Producer at Prodigious, comments: “Promo's are always about a unique creative vision and it’s been fantastic to work with Noah and Blink Films on this exciting and challenging project.   It has been an exercise for Prodigious to flex our creative muscles and show the industry what we are capable of creatively and technically.   I must also thank our friends at the facilities mentioned above who came to our aid and helped out for free to ensure the project was completed on time. We are extremely proud to be associated with this film and having the opportunity to work with Noah.”