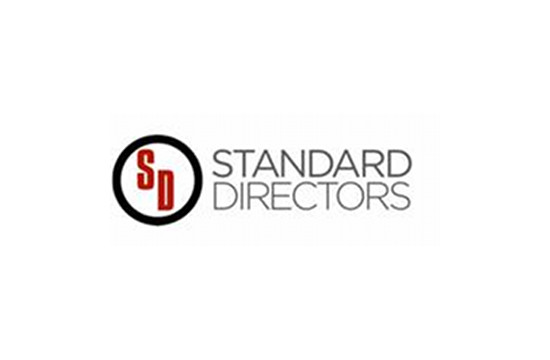 Standard Directors is launching with four notable filmmakers on its roster:

Martin Rosete was nominated for the Spanish Academy Award (Goya Award) in 2013 for his gripping short film “Voice Over,” which has won more than 70 awards since its release. Additionally, Rosete’s short film, “Revolution,” won more than 50 awards in International film festivals. Heralding from Spain and now working out of New York City, Rosete has directed commercials domestically and internationally for such brands as Omnitel, Cablevision Optimum, Mangali Water and Doritos. In 2012, Rosete was named one of Variety’s “Top Ten Noteworthy New Directors” in a special section on Spanish cinema.

Iain Greenway joins Standard Directors with an outstanding pedigree as a graphic artist, design director and live action director. He began his career at the BBC as a graphic designer, and went on to forge his own unique directing style, merging animation, practical model-making and live action talent shooting.  After coming to the U.S., he continued his success at Click 3X and other branding and design shops, directing similar projects for domestic networks and cable channels, including a full rebranding and packaging for HBO, BBC America, Univision, InHD network and campaigns for Mervyn's, Crate & Barrel, Ion TV and UCC Black.

John Hunter trained as a DP under the tutelage of the well-known tabletop director Bruce Nadel.  From there, his attention to craft and detail led to him shooting hundreds of commercials for Nadel’s production companies.  His client reel now includes NutriSystem, Kashi, and Cuisinart. He is based in the U.S., with significant experience shooting globally.

Based in Greenwich, CT, Standard Directors is bringing the best of US and international directing talent together under one roof with the goal of helping their clients base reach viewers in effective new ways.

"In our roster,” says Brian Bennhoff, “we are lucky to represent diverse, top shelf award-winning global talent in Iain Greenway and Mark Chaudoir; proven yet still emergent new talent with Martin Rosete; as well as technically proficient craftsmen like John Hunter.  More similarly exciting director announcements are planned, with the objective of filling other unique niches in our director lineup.

“Despite the pressures in the marketplace, there will always be a need for compelling storytelling, something our directors clearly deliver,” Bennhoff continues. “In addition, they have each individually proven their ability to work on all ranges of the budget spectrum and creatively utilize each job's resources as effectively as possible. All within an environment that recognizes the importance of agency and client collaboration.”