Processed Foods Given the Push in 'New Atkins' Films 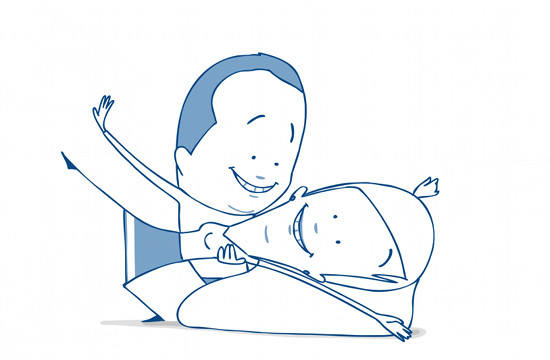 23red has unveiled a fun and engaging series of short animations telling the story of New Atkins, and explaining the science behind the diet in a simple way.

The 3.5 minute short animation – made up of four chapters – launches on atkins.com  in a number of countries, including the UK, Australia and the Netherlands, on Monday 3 March. The initiative will run on YouTube and on all local Atkins websites.

23red worked alongside illustrator, Sim Marriot, to develop the animation series, which features the two central characters: Bob and Anne. As the story unfolds, Bob and Anne demonstrate how processed foods are affecting our bodies, explain the scientific research behind the diet, and reveal the variety of foods and snacks available with New Atkins. Each chapter leads towards and supports the ‘Truly Satisfying Weight Loss’ positioning and end line.

Sean Kinmont, Creative Director at 23red, said: “The New Atkins animation is based on recent research which showed there are still misconceptions surrounding New Atkins; that consumers were interested in the diet but wanted to know more; and that the science of the diet can be difficult to understand. The animation has been created as a simple way of helping people understand the Atkins diet, while dispelling any misconceptions.”

Vincent Huinck, International Marketing Director at New Atkins, added: “The New Atkins diet is easier than ever to follow, and this series of animations perfectly embodies and communicates this to our audience. Most diets are about deprivation, but New Atkins is about helping people understand their bodies and lead a healthier, happier way of life.”

The New Atkins animation – which is the first ever animation for a diet brand – follows a rebrand by 23red last year.

video
Processed Foods Given the Push in 'New Atkins' Films