Behind the Work 272 Add to collection

On January 27 2021, the first baby from an HIV-positive sperm bank was born thanks to research and an initiative from DDB Aotearoa New Zealand, New Zealand AIDS Foundation, Body Positive and Positive Women NZ 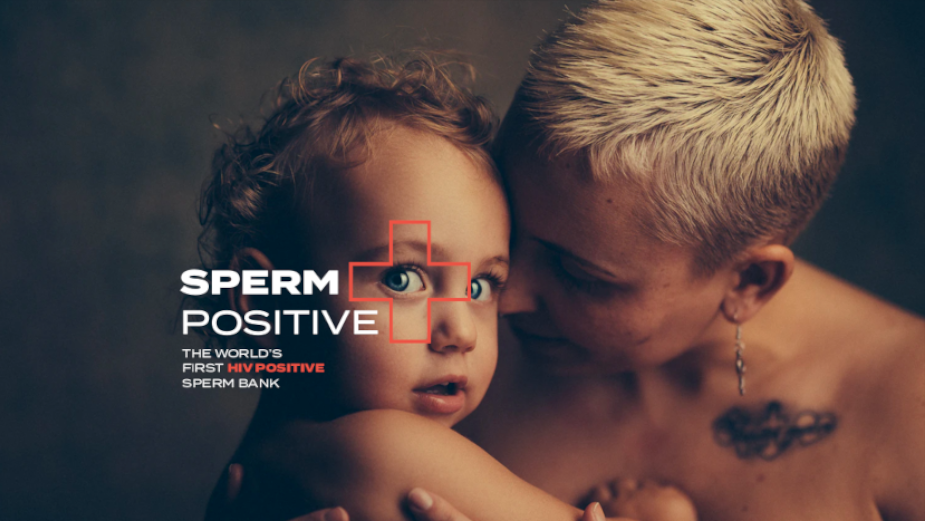 Initiated by the New Zealand AIDS Foundation, Positive Women Inc. and Body Positive, the sperm bank, Sperm Positive from DDB Aotearoa New Zealand, has helped combat HIV stigma by reinforcing the message that people living with HIV, who are on effective treatment, cannot pass on the virus to sexual partners or through conception. Two pregnancies were announced via the initiative last year with the first healthy baby born late January 2021.
We made a baby. A happy, healthy baby girl. But to make this baby, we launched Sperm Positive: The World’s First HIV-positive Sperm Bank, and used sperm from a donor who is living with HIV. Many people don’t know that when people living with HIV are on effective treatment they cannot pass on HIV, so we gave these men the opportunity to be sperm donors, fathers, and to create life - and in turn create the living proof that HIV cannot be passed on when treated effectively.

When HIV began to spread in the early ‘80s, it was seen as a death sentence. Medical advancements have changed that, and now with effective treatment HIV becomes undetectable in the body and cannot be passed on - even through unprotected sex, bodily fluid, or childbirth. But because most people don't know this, the stigma of HIV has never changed.
To tackle this stigma, we needed to show the reality of HIV in a way that was undeniable and would create a global impact on a very, very small budget.

The client brief introduced us to the science behind how HIV can be safe – and we were amazed. It was new information to us, and we immediately knew that we had a very powerful, surprising and shocking message to share with the world. But because we had a very, very modest budget, we knew it needed to be communicated in the right way to actually get people’s attention.
There were a lot of ideas on the table. The idea of trying to create a baby with HIV-positive sperm was an early one that we almost wrote off because it seemed too crazy. But as other ideas came up, creating a baby that could be the living proof was the one we always went back to, because we knew that as crazy as it seemed, it was the purest way to show that HIV cannot be passed on with effective treatment. And where science can be hard for people to understand, a baby isn’t. We also knew that by doing something nobody would ever think you could, or even should do, we had something that could get the world’s attention.

Presenting the idea of creating a sperm bank was a challenge. Add HIV into the mix and it becomes a lot more complicated, and could have been killed at any point. Fortunately, we had a team of very supportive, passionate clients that truly believed in the idea. They all understood that as crazy as the idea was, it could truly make a difference, and it was that trust and belief that helped make it all possible. It meant that whenever we hit a roadblock, and there were many, we were all committed to finding a way past it.
Our PR team also played a mammoth role. As you can imagine, we had to be prepared for every kind of question, and any kind of public reaction. And when you’re dealing with human life and HIV, you have to be 110% certain in everything you do. There is no room for error. So we worked closely with medical experts who specialise in this field to advise on every step of the campaign, and to help us share it with the public.

Sperm Positive launched on World AIDS Day 2019. We knew that it had the potential to be picked up in the news, but we probably weren’t prepared for the response we received. Within 24 hours, our story had been picked up around the world. The public response was understandably shock at first, but though there was some negative response, there was a surprisingly large amount of positivity – and this led to people actively using our campaign to educate those spreading the negativity.
What truly amazed us was the donor response. Many believed no one would ever do this. Even we weren’t sure. However, 27 HIV-positive donors came forward, as well as 32 women as recipients. And at 2:05pm on January 27th, 2021, the first baby from an HIV-positive sperm bank was born. Sperm Positive not only created living proof that HIV cannot be passed on with effective treatment, but showed the power the proof has to end the stigma of HIV. It showed that now the world is willing to accept people living with HIV in a way nobody ever imagined.
view more - Behind the Work