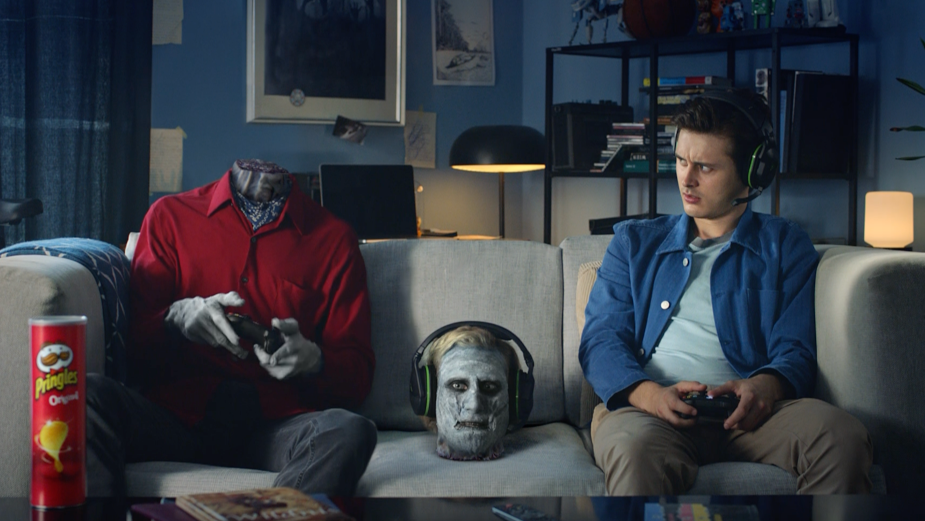 Pringles is breaking through the walls of reality by helping the character zombie Frank escape from a video game live on Twitch.

The idea represents a world first in gaming, and gaming culture, by not only bursting out a character from a game and making it vanish for two weeks, but then returning Frank back into the game with new personality traits for players to find and interact with.

Pringles’ new campaign builds on a longstanding partnership with Xbox and sees the brand continue to be the snack of choice for gamers whilst helping Frank to escape his digital environment to become the overnight star of an ad campaign that changes his character forever.

Stephanie Thys, European marketing director at Kellogg’s, says: “We are continuously looking to step up as brand in the gaming space and to elevate the gaming experience through some unexpected fun which is exactly what Frank will bring. We know gamers love Pringles for its non-greasy and easy to access qualities and we can’t wait for them to ‘Pop, Play, Eat’ with our friendly zombie, Frank. We’re delighted to be the first brand ever to take a character from a game and return it and can’t wait to push the boundaries even further in the future.”

The campaign premieres in the UK in a collaboration with the gaming influencer ‘Leahviathan’. She will pop a can of Pringles live on her Twitch livestream on January 27th at 7pm GMT, which will attract the zombie from the game she’ll be playing (West of Dead, published by games company Raw Fury), into her room through her screen. She’ll quickly realise though that the zombie is there to attack the snack, not her… In a fun reference to the 80’s classic horror genre movies.

Laura Jordan Bambach, CCO at Grey in London, says: “In this approach we thought less like a snack brand and more like a gaming brand, creating something that gamers can engage with, not just advertising but in the game itself.”  avier Campopiano, creative chairman, adds: “It’s a first on Twitch and for the gaming world to have a character actually leave a game and enter the real world. Having him return into the action for players to find and meet is an added layer of fun.”

The immersive theatre like branded content will kick start the campaign with Frank then taking over Pringles_UK and RawFury’s Twitter accounts to interact with gaming fans across Europe.

In a series of hilarious films, Frank will learn to be more social and then return to West of Dead two weeks later, invited by his makers at Raw Fury, as a socially-savvy, Pringles-eating character that will be an ‘Easter egg’ for players everywhere.

The character’s re-introduction back into West of Dead with a new purpose is something the gaming scene hasn’t ever seen before. From 10th February, Frank will become a permanent member of West of Dead. Frank will have his movements tracked through a motion capture suit to become… himself in the game again. He will be sat down at a table in the game’s opening saloon waiting to meet players to provide them with hints and tips.

The process in which the UK team at Grey produced the campaign also broke boundaries - but not Covid-19 restrictions: the films were captured in a seven-day ‘Mega shoot’ in Slovenia, supported by production in a ‘video village’ in London and, with senior members from Kellogg and Grey overseeing the remote shoot together.

The campaign also involved a partnership with the indie games publisher Raw Fury to create the Frank character and to help Grey to build a story arc around his adventures. They also aided in putting Frank back into the game smoothly: that way, Frank will smuggle the brand (and a can of Pringles) into the centre of the gaming world, becoming a reference for gamers in that game, forever.

Susie McBeth of Raw Fury says: “When Pringles and Xbox offered us the opportunity to co-create a gaming campaign, we knew instantly that the quirky fun of the campaign was a great fit for West of Dead. Getting to transcend the game space by having Frank pop into the real world, interact, and then return to our game has been an exciting experience. We are delighted that we have a new permanent resident in Purgatory, and we can’t wait for all our players to meet him.”

Matthew Smith at Wake The Town