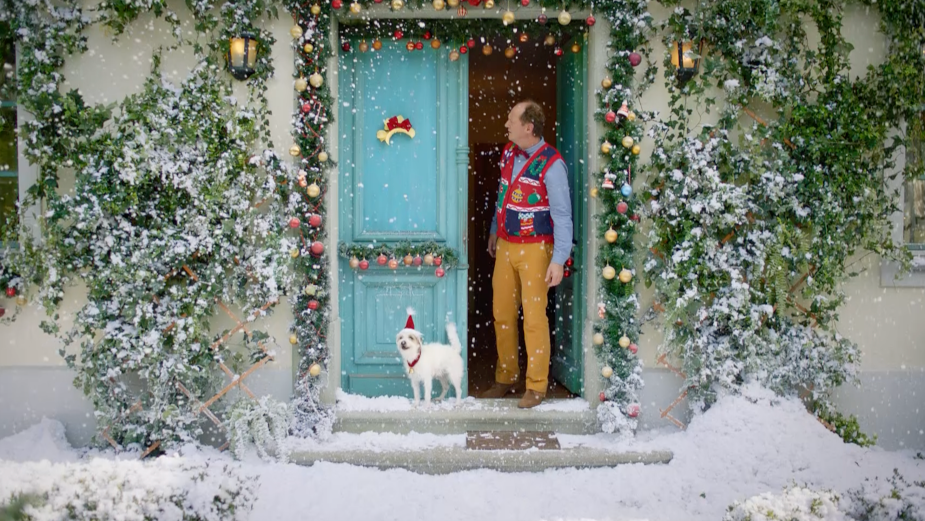 As winter approaches, Pringles is encouraging customers to celebrate those special indoor moments with a new campaign that demonstrates how even the smallest occasion can be transformed into an opportunity for playful sociability – especially when you have a can of Pringles in hand.

Grey London’s campaign brings a festive, upbeat message of celebration during the Christmas period with all the executions showing how the joy of Christmas can shine through during the winter season.

Olga Pere, marketing director for Pringles EMEA, said: “Now, more than ever, we want to bring our sense of playfulness to consumers and demonstrate that festive celebrations are not just limited to big events. Even small or virtual gatherings can transform into unexpected fun with the Pringles attitude.”

Set against a variety of Christmas backdrops, the campaign targets people who love indulging in their playful side but are often constrained by the realities of modern life.

The Pringles themselves are central to each of the four stories that make up the creative campaign, which is designed to work effectively for the brand in multiple formats across TV, VOL and social.

In the first execution, a group of friends is playing charades via Zoom. One man, who is on his own, frantically mimics eating a Pringle, then tries to spell out all the individual letters, before lying on his belly and forming himself into a Pringle shape, at which point his friends finally catch on to his act.

Another shows a man proudly displaying a wreath made of Pringles on his front door, accompanied by his fluffy white dog. But no sooner have his family stepped over the threshold than half the wreath has been eaten.

‘Apéro’ shows a small group of friends watching as a rather pretentious-looking man is about to pop a champagne bottle using a silver sabre. Behind him, one of the friends pops open a can of Pringles, and they quickly gather round, keen to fill their champagne coupes with tasty snacks.

In the final execution, a young woman arrives wearing a giant yellow puffer jacket, which gradually shrinks as the many cans of Pringles she has smuggled in drop to the floor, one by one.

Grey said: “We’ve heroed the brand’s unique nature and ownability by making Pringles truly central to all our creatives. Our main play point was the physicality of the brand and essentially enabling Pringles to be the driver of the action in all four spots.”

The agency approached the campaign as ‘social first’ in terms of creative thinking as well as its production. By considering key elements of social formats, including storytelling and branding, at an early stage, Grey London was able to put together a campaign that works well across social platforms as well as on TV.

This ‘megashoot’ approach succeeded despite current restrictions, which meant that the agency was working simultaneously with teams on the ground in Slovenia, in a Video Village in London, and dialling in remotely from homes.