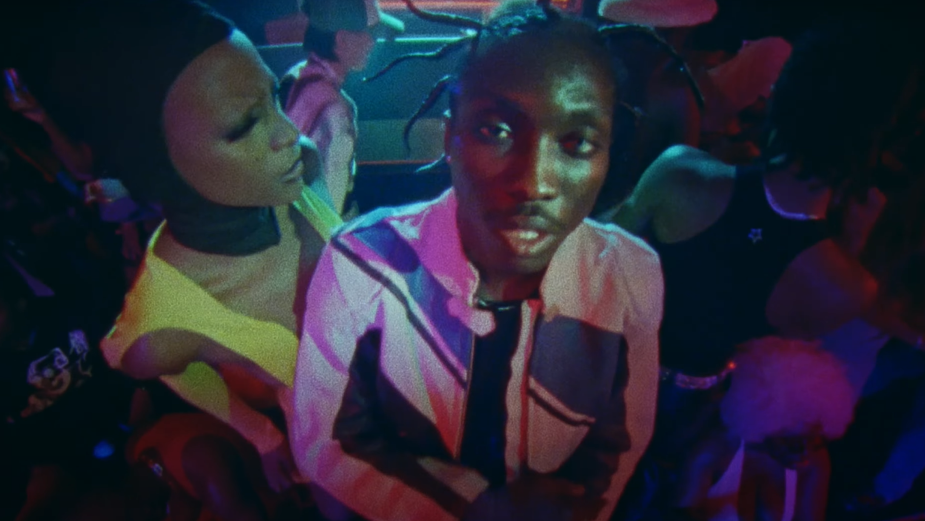 Ben Cole & Odunsi (The Engine) have teamed up to direct a trippy short film for new single ‘Half A Tab’ produced by Cole’s production company PRETTYBIRD UK.

Running at eight minutes in length, the short film has a distinctly trippy art-house vibe, and opens with a group of friends getting ready to go out, quickly culminating in a surreal night full of futuristic fashion and chromatic visual effects. Taking place in an abstract, almost parallel universe, the video has a haunting, unique vibe, and perfectly suits the Alté soundtrack.

Director Ben Cole worked closely with musician Odunsi (The Engine) on the narrative and execution of their vision for the music video, which was shot over two days in a Mafia-style house whose interior design hadn’t change since the '80s. DoP Jake Hunter shot on 16mm film and the combination of the '80s interiors with the edgy music and styling by Jermaine Ampomah of the actors dressed in contemporary MAXIMILIAN and Mowalola, gave the short film a retro aesthetic with a modern edge.

Director Ben Cole commented: “The first time Odunsi and I explained the story to our DOP Jake Hunter, we realised this had to be shot on film. Jake had a couple spare rolls of 16mm which he kindly lent to us. That was a real blessing. Shooting on film also meant we only could shoot a certain amount; it created a real focus on set. Every shot mattered. We filmed the whole thing in two (very well organised) days. The first day we shot the club scenes, and the second day was the girls getting ready. The house we filmed at was an '80s mafia house where the decor has never been changed, it was a real time warp. The owner told us there’s some trap doors they’ve never opened. The whole thing came to life for me when we saw the girls at the mansion. Dressed by fashion wizard Jermaine Ampomah in MAXIMILIAN and Mowalola, surrounded by this plush '80s decor, all the eras mixed perfectly. It felt timeless. A homage to the present."

Ben Cole is a London born queer filmmaker and photographer. After assisting the likes of Nick Knight and Diane Martel he began crafting his own work, interweaving dark surrealism into the everyday through a fusion of cross genre motifs and references. Cole’s holistic attention to detail creates a distinct blend of nostalgic punk/ horror aesthetic, which naturally lends itself to fashion film and music video. Cole has collaborated with artists such as Odunsi (The Engine), Franz Ferdinand, Boy George, Porridge Radio, and brands including Dolce & Gabbana, SKYN, McQ, Vogue, Machine-A, Love Magazine and King Kong.