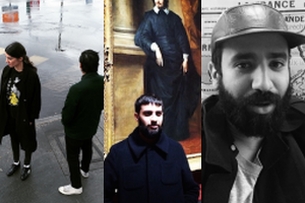 Award-winning transatlantic production company PRETTYBIRD is spreading its wings and adding some of the most exciting contemporary French directing talent to its roster in the form of Fleur & Manu, Thomas Rhazi and Helmi. Prettybird are also launching LA-born director Matt Lambert.

PRETTYBIRD recently received the accolade of being crowned Creativity’s Production company of the year 2015, and have a US base in LA, as well as a UK hub in London, which is headed up with creative panache by Grammy-award winning Executive Producer Juliette Larthe. PRETTYBIRD will be celebrating the launch by having a hot ‘after party' with leading Paris production company Division Paris: an invitation only event in West End location The Cuckoo Club on Swallow St on 5th November. New films will be projected, secret special guests DJ-ing, and the rest of the night manned by DJs courtesy of Division Paris. The #PrettyVision15 post awards party promises to be a highlight of a busy week in the production and advertising world, with the UK Music Video Awards and Shots Awards in London also on 5 November.

PRETTYBIRD UK Executive Producer and Managing Director Juliette Larthe commented: “I’m incredibly excited about working with Jules de Chateleux, EP at Division Paris, with whom we have worked on signing Fleur & Manu, Helmi and Thomas Rhazi for PRETTYBIRD UK. It’s a major move forward adding to our exciting roster, and boy are these talented directors perfectly in line with PRETTYBIRD’s vision. We want to keep the momentum of continually doing wonderful work with incredible agencies, creatives and brands, so it makes sense for us to have the best talent and hottest newest talent in Europe under our wings, so we can soar into the future with this brilliant convocation.”