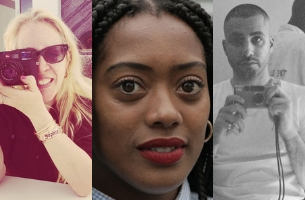 As PRETTYBIRD increase their creative footprint in the UK, they announce exciting new additions to the eclectic director roster highlighting emerging and established talent.

Grammy Award winning Director Sophie Muller has an impressive back catalogue of music videos dating back to the 90s, when she worked with some of the most iconic artists including Eurythmics, Kylie Minogue, Sade and Gwen Stefani, and she has been capturing the zeitgeist of each decade since, working most recently with Rihanna and Bebe Rexa. Muller was based in the US for years, and now that she has returned to the UK, PRETTYBIRD will be focusing on music videos,. commercial work and stills. Muller studied at the Royal College of Art and Central Saint Martins before carving out a successful career as a filmmaker. Described by PromoNews as ‘The most successful female music video director of all time’, despite working with the biggest names in music for years most of her work was in the US and she has never shot a TVC in the UK and PRETTYBIRD aims to redress the balance.

Eloise King is an award-winning Director and Executive Producer telling powerful stories that foreground marginalised voices in mainstream and popular culture. Previous titles include: 'Kids Behind Bars' (ITV), Grace Neutral Beyond Beauty (Vice on TV), Acid Attacks (VICE/BBC) and 'JME x Corbyn' and 'Gurls Talk with Adwoa Aboah'(i-D). King has crossed digital and all major terrestrial platforms including BBC, Channel 4, ITV, MTV, A&E and Al Jazeera English - exhibiting in ICA, Tate Britain and MoAD. Most recently, she was Global Executive Producer at VICE, overseeing all digital channels in the UK, and i-D globally. King is an alumni of the Edinburgh television festivals’ Ones to Watch scheme and Sheffield Documentary Festival ‘Future Producers’. In 2018 she was recognised for ‘Outstanding achievement’ in Campaign magazine's list of female leaders defining creativity and a BFI Future Film Fest Keynote Speaker.

Yoni Lappin is a London based filmmaker and photographer whose diverse and intimate character studies of youth culture have become his signature. He has collaborated with cutting edge performers including A$AP Rocky, Mura Masa, Octavian and NAO. Yoni launched himself onto the promo scene with his breakthrough and genre defining video for Mura Masa and A$AP Rocky’s “Love$ick”, which has had more than 50 million views. He is a long term collaborator with Mura Masa continuing to collaborate with him on video’s with Charli XCX, NAO and Octavian.

Yoni’s photographic sensibilities have had a strong influence on his work, mixing multiple formats in his videos to create visually exciting and dynamic films. Combined with his talent for capturing nuanced moments of youth culture and an ability to translate these moments into engaging, storytelling has naturally lead to him working in fashion and commercials, creating spots for Converse, Adidas, Vogue and Nowness.

PRETTYBIRD UK Founding Partner & Executive Producer Juliette Larthe commented: “Sophie fascinates me and inspires me, with her powers in collaboration, her unique ability to make stars…and Sophie has staged more cultural shifts than most of us have had hot dinners. So it’s gonna be fun getting her work to across platforms, accessing the bridge to cross pollinate between art, video and advertising. I’m excited to have such an iconic director as Sophie on our roster.

Yoni has an incredible eye and I see him doing some amazing work with us. Eloise has the best brain I have come across in many years, her big picture creative and resource, storytelling capabilities and knowledge of the industry belies her years, and I’m honoured to be working with her. The trio are influential and excellent, and creating important work characterised buy both traditional and non traditional mediums.”

Check out the full roster here