Sonali Fenner, Global Business Director at JWT, on the US President's appearance at SXSW 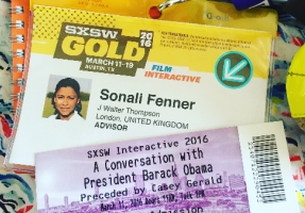 Friday – the first day of SXSW2016. My plan was to jump in with both feet. Carefully curated shortlist of panels in hand, I had targeted wearables & under‐skin marketing, photography & visual storytelling and the hot topic of equality & unconscious bias as my first marks.

But a chance email on Thursday evening changed all that.

As it turned out, I spent my Friday queuing repeatedly. Walking through metal detectors & past barricades & protestors. Having the seemingly innocuous contents of my bag checked and confiscated by secret service agents (who knew an umbrella, a nashi pear & a loose sheet of paper could be such potential threats to national security?). And watching as a room full of some of the most technically connected people on the globe struggled to comply with the “no filming or photography” dictate. Yes, I was invited to the Obama keynote.

The email from the SXSW team on Thursday evening came as a shock. And was accompanied by guilt that I as a non‐American citizen, would have the opportunity of being in the room with the first sitting President to speak at the event in its 30 year history. But excitement quickly overrode that!

After all, the focus of Obama’s visit was as global as it was local: "The reason I’m here is to recruit all of you," he said. "We can start coming up with new platforms, new ideas across disciplines and across skill sets to solve some of the big problems we’re facing today."

In his 50 minute conversation with Evan Smith, editor in chief of the Texas Tribune, Obama discussed some of the tech‐related initiatives that begun during his tenure & declared that his administration is trying to make services easier to access online, including the overhaul of student loan forms and the use of technology to improve research into diseases.

But he also admitted that there is still a long way to go. He pointed to the failure of the Affordable Care Act website as an example of the government's outdated systems and told the audience that its controversial collapse led to the creation of the U.S. Digital Service (a White House group tasked with upgrading government technology that recruits from Facebook, Google and other tech giants).

"This was a little embarrassing for me," Obama acknowledged to laughter from the room. "My entire (presidential) campaign was based on having cool technology."

He also touched on the issue of low voter turnout (a major challenge in Texas) as another shortcoming that could be aided through technology. “It is much easier to order pizza or a trip than it is for you to exercise the single most important task in a democracy..... to select who’s going to represent you in government."

And there was of course other controversy to be discussed, especially given the audience at SXSW.

On the current fight between Apple and the FBI over compelling the former to unlock a phone used by a terrorist, Obama seemed to draw on his experience as a constitutional lawyer to frame his response. He likened the government’s request to access to encrypted data as akin to airport screenings or DUI checkpoints ‐‐ necessary security measures that are nonetheless at odds with personal privacy.

"This notion that somehow data is different and can be walled off from those other trade‐offs we make, I believe, is incorrect," he said.

He also counselled the audience against “fetishizing our phones above every other value” and warned the tech industry that if it refused to make concessions, the US Congress may pass new legislation that Apple and its Silicon Valley allies would find even harder to stomach. Rounding off discussion on the topic and perhaps stepping back a little, he cautioned against taking an "absolutist" view on the issue, and called on the room to help come up with a solution that balances the needs of law enforcement with privacy concerns.  "We’re going to need the tech community to help us solve this problem," he said.

And once the President had left the building, as we filed out past the motorcade & beneath the hovering helicopters, it was this that left a lasting impression on me. Whilst big, many of the challenges that were discussed in the Obama keynote & across other panels here at SXSW this year are inherently solvable. But they need us to lean forward into them as a community.

“Each new generation who comes to SXSW looks for ways to be of service,” said Hugh Forrest, director of SXSW Interactive in his opening remarks. And I can’t help but wonder if it wouldn’t be the perfect start to the next 30 years of SXSW if it took a leaf out of WPP’s STREAM playbook ‐ actively harnessing the collective knowledge of the geeks, entrepreneurs and marketers who come to Austin each year to pick up the gauntlet and tackle one of these problems over five days in the Austin sunshine. 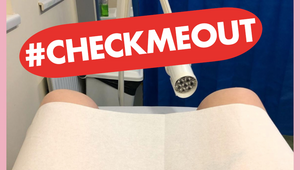 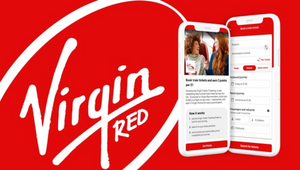 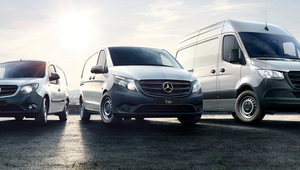