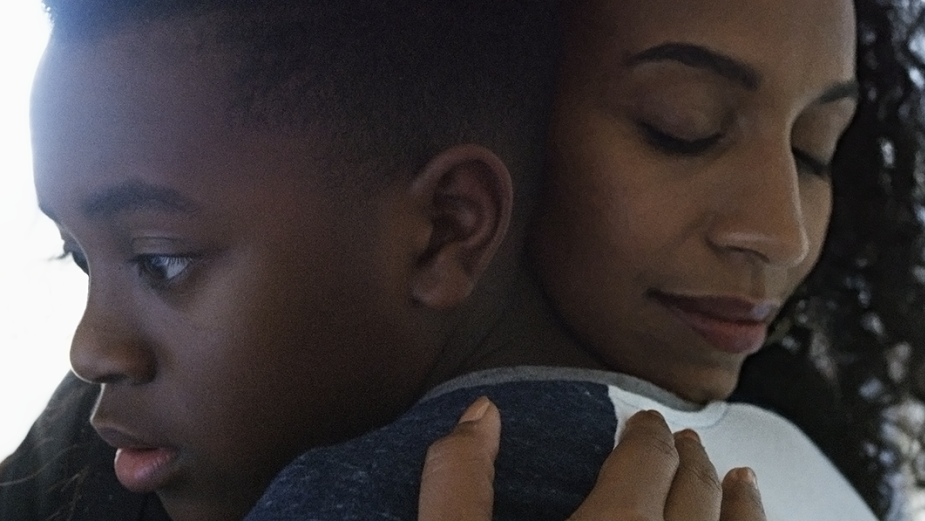 As autism continues to gain representation in film and television, there remains a gap in the representation of the Black autistic community. To help encourage more conversations on the topic – as well as addressing the false stereotypes that can accompany depictions of autism – director Natasha Mynhier (recently signed to Great Guns for global representation) and long-time collaborator and DOP Jeff Hammerton have debuted ‘In a Beat’, a powerful short film inspired by real events.
Starring Emmy-nominated actress and dancer Chloe Arnold, the 30-minute film follows Angela, a mother who struggles to balance her aspirations as a tap dancer alongside raising her autistic son, Darrel. One night, Darrel convinces his mother to let him stay home alone so she can pursue a once in a lifetime opportunity. When unexpected circumstances arise, however, he must find a unique way to cope with his meltdown alone.
The film was inspired by Natasha Mynheir’s own cousin and the story of the first time he self-soothed during a meltdown. Inspired by his resilience and frustrated that he had so few examples of black autistic stories, Natasha also found that the autism community frequently faced the false stereotype that ‘autistic people lack empathy’. Natasha thus created ‘In a Beat’ as a way to share his story, proving such stereotypes are fundamentally untrue whilst inspiring others.
Inspired by this personal story, Natasha knew the film wouldn’t represent the ‘entire autism experience’, instead wanting the emotional impact to come from one unique story. To achieve this, the filmmakers spoke to Natasha’s cousin and had his mother act as a consultant on set. She helped to call out details in Cameron Elie’s performance as Darrel and helped Chloe Arnold – who had previously taught dance to many children with an Autism Spectrum Disorder – further understand the perspective of parenting a child in 2013 when the film was set. This was a time when many neurotypical parents were struggling to find the right messaging to support their loved ones.
The film also features performances from legendary tap dancer Arthur Duncan and internet sensations The Syncopated Ladies. Although tap wasn’t part of Natasha’s cousin’s story, music therapy was. Growing up with music as a major part of his life, the first time he self-soothed saw him spinning and hitting pots in a repeated pattern – an idea that inspired the repeated musical pattern of the film’s final scene. Having danced for 20 years, tap was also a medium that Natasha felt comfortable working in and directing from, holding a special place in her artistic voice.
Director Natasha Mynheir comments: “Tap felt like the perfect way to combine the truth in Darrel’s story and music therapy with the challenge of a very loud world. His love and empathy of his mother drives him to harness her passion as his own, exploring music in a way that suits him. A protagonist with a particular vulnerability is put in a circumstance that challenges it to the extreme until they can turn it into strength. This is the idea behind tap. I thought, if this character has Sensory Processing Disorder, what would be the most challenging job for his mother? Something loud!”
‘In a Beat’ premiered on Friday 10th July on YouTube. There will also be ‘Full Volume’ and ‘Sensory Friendly’ versions of the film available.
view more - Creative