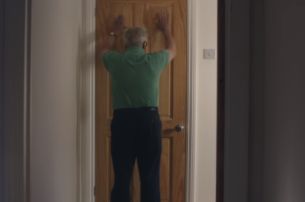 Production company Ridley Scott Associates and national domestic abuse charity Women’s Aid have joined forces to make ‘Do You See Her’, a short film about older women and domestic abuse.

‘Do You See Her’ stars Anne-Marie Duff (Suffragette, Shameless), Phil Davis (Quadrophenia, Whitechapel) and Tessa Peake-Jones (Only Fools and Horses). Louiza Patikas, who plays domestic abuse victim Helen in BBC Radio 4’s The Archers, provides the voiceover. It was directed by Paul Andrew Williams (Murdered By My Boyfriend, London to Brighton).

The powerful film, less than two minutes long, shows Peake-Jones and Davis as an older married couple. Duff, their daughter, visits with their young grandchildren for lunch. It is a comfortable, middle-class home; the relationship portrayed is one which many people would not believe is abusive. Women’s Aid has found in its 40 years of experience that older women often do not access support or ask for help, despite domestic abuse happening to women of all ages.

Polly Neate, Chief Executive of Women’s Aid, said: “The film is a stark reminder that even those closest to a woman who is being abused may not know what goes on behind closed doors. Any woman, of any age, can be forced to live in the invisible prison of domestic abuse - including those with adult children and grandchildren. Victim stereotypes are simply not relevant to our understanding of domestic abuse. We want to send a clear message to all older women experiencing abuse: Women’s Aid is here for you. We will help you. It has been a privilege to work with incredible actors and filmmakers to create this vital piece of work. Thank you all.”

Director Paul Andrew Williams said: “Since learning more about the horrific, all-too common problem of domestic violence whilst working Murdered by my Boyfriend, I felt that now, more than ever, we need to highlight the problem that many women face today. Whilst funding is being cut and important organisations are being forced to restrict the help they can offer vulnerable women, now is the time to raise awareness and show that there are people out there, like Women’s Aid who can help.”

Tessa Peake-Jones said: “I am proud to be raising awareness about domestic abuse affecting older women. Older women are often invisible in many spheres of life, and it can be all too easy to not see what is really going on. I want to give these women a voice: to show them that they are not alone, that they deserve help if they are experiencing domestic abuse.”