Powerful New Film Reveals the Struggles of the LGBT Community 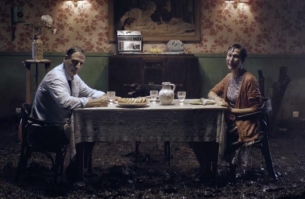 At a time when too many countries and/or religions are still calling for the eradication of homosexuality, Inter-LGBT and TBWA are launching a campaign to raise awareness that, now more than ever, the battle against LGBTphobia is still a journey for the warriors themselves.

It takes time to change society. Time for age-old convictions to be shaken and finally crumble. Time for deeply ingrained fears handed down through generations to sputter out and finally die.  How many people have been ignored, rejected, ostracized from society? How many have died for being right before their time?

With the approach of the Pride Marches organized across France starting in June, Inter-LGBT wanted to send a strong reminder that human rights are not negotiable and that we shall continue making headway in that direction.

Directed by Ben Briand of Moonwalk Films using a subjective camera, this film puts the viewer in the shoes of someone whose identity is never revealed, but whose emotions we can all relate to as they experience the trials and tribulations of life, even from a very young age. It starts with school, then moves on to all the stages of teen socializing and family life, then looking for a job, and finally their desire to express their love, have a family and not be stigmatized.