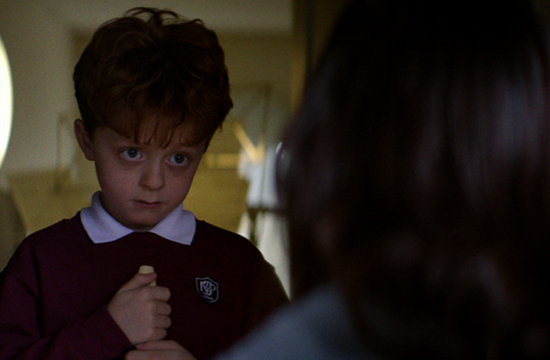 The ad, which will air during ITV’s Ant and Dec’s Saturday Night Takeaway programme, reveals the inner turmoil faced by victims of abuse and shows how with the right support children can face up to their experiences.

The campaign, created by BBH London, demonstrates that Barnardo’s exists to ‘support the unsupported’ by transforming the lives of the most vulnerable children in the UK. It draws parallels between the children who thrive on the support they get from family and friends, and those children who feel they have no one to support them, like those experiencing child sexual exploitation. The campaign aims to bring this to life in a way that makes people feel compelled to stand up and help the children who receive limited or no support from other sources.

The 60-second film, ‘Ellie’, sees a young boy being encouraged by a teacher whilst experiencing a crisis of confidence before performing at his school concert, and a teenage girl who has been sexually exploited, tearfully opening up to her Barnardo’s project worker. The film ends with the line, ‘With the right support children can conquer anything. Help us support the children who need it most’.

“Ellie” was shot by BAFTA-nominated director Michael Pearce. Since graduating from the National Film & Television School in 2008, Michael Pearce has refined his quietly striking approach to storytelling with a series of critically acclaimed films. 2014 saw Michael win the ‘Best Thriller Short’ award at the London Short Film Festival for Keeping Up with the Joneses, and the film was also nominated for ‘Best British Short’ by BAFTA.

Michael Pearce, the director, said: “The challenge was to connect the audience with the characters and take them on a journey in a very short amount of time. I thought the film needed to be cinematically compelling but also be very intimate and feel real. We cast all over the country for the role of Ellie and I'm especially proud of Morgan Campbell's performance, it was her first acting job and it was one of the most powerful scenes I've directed."

Lindsay Gormley, Assistant Director of Marketing at Barnardo’s said: “Ellie’s story is based on the lives of the thousands of children Barnardo’s supports every day, who desperately need support in order to begin to come to terms with the sexual exploitation they have suffered.

“The parallel lives construct plainly shows what a huge difference it makes when children are given the support that they need.

“Barnardo’s exists to support the unsupported and this advert illustrates how our services work to transform the lives of the most vulnerable children and help them start to rebuild their lives.”