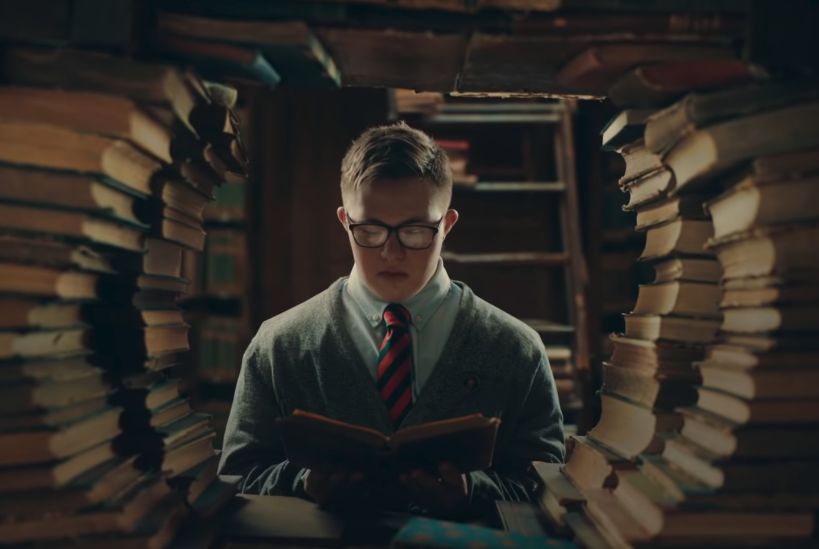 Going to school, playing sports, hanging out with friends, having a job and living independently as an adult – these aspects of life may appear ordinary to most people, and represent activities that most of us take for granted. But, while these things have also fortunately become a reality for more and more people with Down syndrome, many are still denied – due to inadequate governmental support and continued discrimination – the fundamental opportunities to participate in and enjoy life.

In light of this discrepancy, on World Down Syndrome Day on March 21st, FCB Mexico, CoorDown Onlus and SMALL are launching a global awareness campaign called 'Reasons to Celebrate', to highlight how far we are as a society from meeting our equal opportunity obligations towards people with Down syndrome. With the concurrent theme 'Leave No One Behind', the campaign emphasises that inclusive education, open employment, community participation, independent living and decision-making autonomy represent basic rights that should be guaranteed to everybody.

The campaign video begins by spotlighting three United Nations-declared days that are also celebrated on March 21st: World Day of Poetry, International Day of Nowruz celebrating the arrival of Spring, and International Day of Forests. When a person with Down syndrome announces that this same day is also World Down Syndrome Day, the joy and enchantment from these events disappears. The actor states defiantly that, unlike the other three international days, “we do not have many reasons to celebrate” and that, as long as even one single person cannot enjoy the same opportunities to learn, work and participate in life, “there is no reason to celebrate.”

“The campaign ‘Reasons to Celebrate’ aims at shaking people’s conscience and highlighting how far-off the objectives of full equal rights and opportunities are for all people with Down syndrome,” said Antonella Falugiani, president of CoorDown Onlus. “The very fact that there is the need to celebrate this day means that we still have to work to do for the recognition and promotion of diversity, and for effecting a deep cultural change towards disabilities. Only then ‘no one will be left behind.’”

This year’s World Down Syndrome Day theme links back to the goals of the United Nations 2030 Agenda for sustainable development – the global plan of action to promote prosperity and well-being for all humankind, pledging that 'no one will be left behind'. A message that holds true for all people, not only for those with disabilities. Everyone must be given the chance to live a fulfilling life, on an equal basis with others, in all aspects of society. Although significant progress has been made over the years, much more needs to be achieved in order to realise the rights of people with Down syndrome.

“I believe, overall, in diversity. I've experienced throughout my entire career how diversity makes for better ideas and better work environments, and therefore for a better society. I like to think about people with Down syndrome not as people with a certain condition, but as part of the diversity that represents all the possibilities of what it means to be human,” said Javier Campopiano, partner and chief creative officer at FCB Mexico. “From that point-of-view, this campaign, represents all those possibilities and the things that are still stopping people with Down syndrome from reaching their full potential: the limitations that society still imposes on them more than their own ones.”

On March 21st, at the United Nations headquarters in New York, CoorDown will be represented by Marta Sodano, a 25-year-old woman with Down syndrome, who will participate as a self-advocate at the 'Leave No One Behind in Education' Conference organised for World Down Syndrome Day. Together with many other speakers from around the world, Marta will share her story – reflecting those of many other Italian students – and describe the hurdles and milestones of her educational journey. The event will focus on education: the aim is to promote innovative approaches which will provide opportunities for everybody, including people with Down syndrome.

“We have been working with CoorDown on campaigns for World Down Syndrome Day since 2012, and every year together we try to find a new and unexpected perspective. This year, we have decided to arouse curiosity by talking about the other international days celebrated on March 21st, and then take people by surprise by explaining the reasons why people with Down syndrome cannot celebrate this day as they would like to. We hope it may contribute to debunking the many biases that are still hindering people with Down syndrome from enjoying the same opportunities of living a full and satisfying life like everybody else,” added Luca Lorenzini and Luca Pannese, executive creative directors at SMALL New York.

The campaign 'Reasons to Celebrate' was developed in partnership with FCB Mexico and SMALL New York, directed by Hungarian director Rudolf Péter Kiss and produced by Switzerland’s GOSH* in Budapest, with the participation of actors from four different countries: United Kingdom, Albania, Switzerland and Italy. The international campaign was also launched with DSi – Down Syndrome International and had the contribution of Down Syndrome Australia, Down Syndrome Association (UK), Down Syndrome Albania Foundation and the Swiss associations Art21 Association Romande Trisomie 21 and Progetto Avventuno.