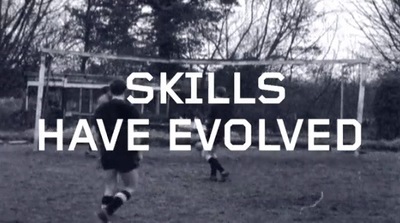 Coca-Cola South Pacific has today announced details for the first phase of Powerade's new campaign as an official partner of the 2018 FIFA World Cup. The 'Always Forward' campaign via Gemba and Ogilvy Sydney is running from now until July, with various elements launching throughout the period.

The 2018 FIFA World Cup was identified as the perfect partner for Powerade with research highlighting soccer as the number one passion point among its core audience of young and active males. Soccer is also the biggest club sport in Australia with 88 per cent of the population participating in soccer regularly and 68 per cent watching sport on TV almost always.


The campaign has been launched with a national TVC announcing the partnership. Aiming to leverage World Cup excitement and deliver customer growth opportunities, it portrays the evolution of soccer, from training through to the skills and the kits, and mirrors this in the evolution of Powerade.

Says Andrew Tilley, brand manager, Powerade: "Partnering with one of the biggest sporting events in the world, the 2018 FIFA World Cup, is a hugely exciting move for Powerade. It's a fantastic opportunity to participate in an event which the eyes of the world will be on. We know Aussies will be firmly behind in supporting Socceroos as they go for glory in Russia.

"The FIFA World Cup is a truly global consumption occasion and a huge driver of incremental sales. We look forward to announcing more details of the partnership soon."

The Powerade ION4 range helps to replace a range of the electrolytes lost through sweat: sodium, potassium, calcium and magnesium.