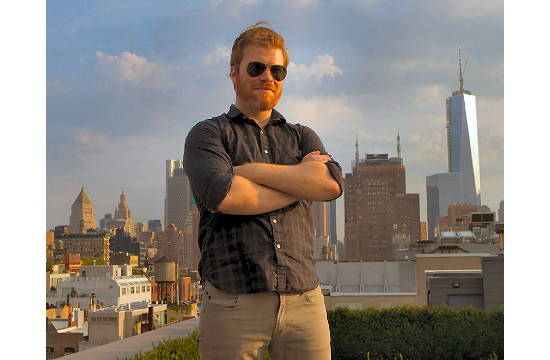 In addition to Turner's signing, Post Millennium has enlisted Kelly Flint and Jack Strachan of Strike Media for East Coast Representation.  Post Millennium Executive Producer Adam Soutar says signing with Strike Media and adding Turner to the roster is intended to position the 16-year old editorial boutique as a creative partner offering a wider range of styles and genres, and better positions the studio to service a broader array of agencies and brands.

“We're very well established as a company that does high quality promo work, music videos and social media, and by adding Brad and Kelly and Jack we want to capture more commercial and branded content assignments,” says Soutar.  “Brad has done some terrific advertising work, and that’s an area we want to build up in our company.  Kelly and Jack will help us get in front of a lot more agencies and cultivate more of these relationships.”

His joining the roster marks a return to the company; he first joined them back in 2002, shortly after graduating from Columbia University with a degree in film and electronic music. He left the company in 2009 to pursue a variety of freelance opportunities, including working with such companies as Imaginary Forces, Eyeball and The Mill.  He also cut a number of music video and long-form projects during this period, including music videos for TV on the Radio and Wolfmother, and the 2012 feature “King Kelly.”

What appeals to him about being an editor, he says, is that it combines his interests in visual art, storytelling and music.  “Editing is essentially a musical endeavor, Turner notes.  “It's ethereal and fleeting, and yet it's fixed in time in a peculiar way,” he says.  “It's hard to convey a profound idea in a small amount of time, so you have to make each moment count.”

For Turner, a return to Post Millennium was an opportunity not to be missed.  “Adam's been a big brother to me, since I was 21 and right out of college.  Reuniting with him and being able to work with Erik and Ethan – both of whom I have a lot of respect for – is a wonderful turn of events,” says Turner.  “I'm looking forward to working with everyone and leveraging the experience I've acquired, particularly in commercial work, to help continue to build and elevate the company.”

Soutar is similarly pleased to have Turner back under the Post Millennium banner.  “Brad’s a great talent,” he remarks.  “He knows how our company operates and he knows how the industry works.  He’s someone I know and trust, and his reel is outstanding.  It’s a terrific fit.”

Post Millennium’s recent work includes a series of promos for the 2013 MTV Video Music Awards, including a smoking hot one featuring the pre-twerk Miley Cyrus that was edited by Erik Auli and others featuring Katy Perry and Lady Gaga, and an in-show segment for Justin Timberlake.  Post Millennium’s work on the 2013 VMAs marks a tradition of dozens of promos and spots the company had edited for the network since 1997.

Other work includes spots and branded content for ESPN and Fuze Tea; social media work for Lincoln MKZ; promos for the United Nations – Mine Action Services (UNMAS); and legendary hip-hop trio De La Soul's recent music video, “Get Away,” which was edited by Ethan Simmons.