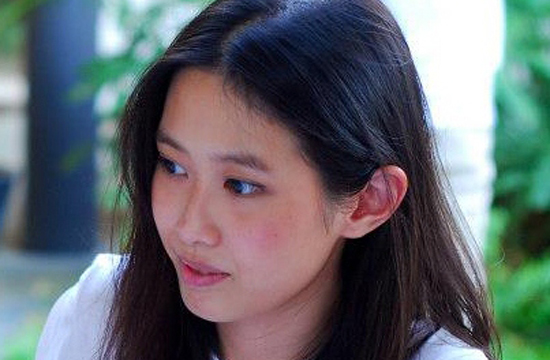 Zara Kok, a junior art director at The Secret Little Agency, walked away with the Singapore All Star title at Portfolio Night last week, earning a trip New York to take part in the event’s first-ever global creative competition.

Kok, 24, studied graphic design, with a speciality in advertising, at Central Saint Martins in the UK. She graduated in 2011 and interned in London at TBWA, Brave and Weapon 7, before coming home to Singapore in August, 2012.

“I didn’t expect to win, but I’m really excited to go to New York and work with different people from around the world,” said Kok. “It’s a great opportunity to get more exposure and grow creatively”
Portfolio Night, which was co-hosted in Singapore by Y&R, JWT and Ogilvy & Mather, brought over 75 aspiring young creatives together with 30 of the city-state’s leading creative directors for a fast-paced evening of ‘speed dating’ style portfolio reviews. Portfolio Night, which is coordinated by New York-based IHAVEANIDEA, takes place on the same evening in cities across the world, and is the ad industry’s premier networking and mentoring event.

This year, for the first time in Portfolio Night’s 11-year history, each participating city picked an All Star to take part in a week long creative challenge in New York in August. Kok and 23 other All Stars from across the world will work on a creative brief from Ford Motor Company.

"We were looking for bold and fresh thinking. Ideas that showed maturity beyond the young age of the participants. Zara stood out, and at the end, the decision was unanimous,” said Farrokh Madon, Chief Creative Officer, Y&R Singapore.

“There was lots of buzz, and lots of energy, and I was inspired by the work that I saw,” said Tay Guan Hin, Southeast Asia ECD, JWT Asia Pacific. “Zara took the top honours but many of the young creatives can walk away proud of what they’ve accomplished, and armed with tangible input on how to take their work to the next stage.”

“It’s great to connect with young, ambitious people who are so full of energy and enthusiasm,” said Troy Lim, Creative Director at Ogilvy & Mather Asia Pacific. “I think everyone who took part, both the young, aspiring creatives and the CD’s, came away with something positive.”