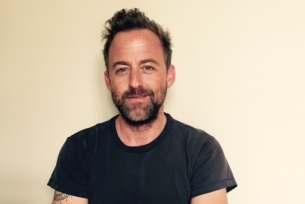 When my boss called me and asked me to represent their production company in Cannes, I thought he was joking. I couldn’t fathom my luck at being asked to go to France in the summer all expenses paid, and all I had to do was have a personality and have lunches and dinners with clients? Like really??

Next thing I know I’m on a plane to Nice. I’ve never been a good sleeper on planes, so it was recommended I take a Xanax. I also don’t take pills other than ibuprofen, and after two mediocre bottles of plane wine and my Xanax I nearly vomit into my hand luggage as I snaked through the underbelly of Heathrow. My boss is beaming and literally laughing his ass off at my condition. He was fine. How can that be? He had like 6 jack and cokes two Xanax, slept like a baby and looked like a champion... something was amiss. This I would soon come to realize was one of the many schools of veteran Cannes behavior.

Cannes is many things. It’s part old guys smoking and playing petanque, part turn of the century port, part Picasso, part Las Vegas... but every June its all advertising. I really had no idea what to expect. Would there be tents, kiosks, people handing out free shit? Yes to all of the above. Would there be meetings, panels, screenings, drinking? Like nowhere else on earth. Of the many things I didn’t know was the degree of showing off that I was about to see. Yes of course there is your standard rooftop or villa parties and dinners and lunches. But there are also trips to St. Tropez on yachts and speedboats, motorcyling in the mountains, and meals at some of the most fabulous places, that until then, I had only read about in a Fitzgerald novel.

My first night, when left to my own devises, a group of well oiled Irish executive client types took pity on me and invited me into their fold. Next thing you know I have an Irish accent, we are drinking whiskey and are reciting all of the Monty Python films verbatim. This is what is so magical about Cannes Lions. You are in the middle of the French Riviera, and even if you don’t know a soul, suddenly you can be friends with total strangers. What more, those happy go lucky Irish executives were nice enough to give me an all access beach pass to their company’s private beach.

Cannes Lions is the biggest and most unbelievable melting pot of creative people you will ever find in the same place at the same time wearing shorts. For those 10 days you might find yourself on the terrace of the Carlton with Lee Clow + Dan Wieden or at the Gutter Bar at 5 am with anyone from Bacon. Being at a place called the Gutter Bar or skinny dipping is perfectly acceptable behavior in Cannes. This is the only place in the world, that you could be with your clients and your boss, people perhaps you’ve never really gotten to know, naked at 6 am trying to hot wire a fishing boat.