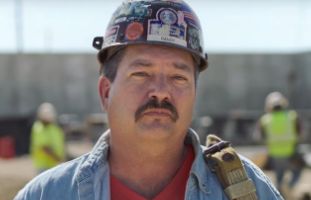 New York-based production company Acres EP Matt McLaughlin has teamed up with seasoned campaign manager and political strategist Bill Hyers to launch political media firm WIN. The company’s mission is to create positive change through the best storytelling and new media strategy, aiming to work only with candidates and causes of substance. Their breakout ad for Wisconsin ironworker, and Paul-Ryan challenger, Randy Bryce launched his race for Congress by painting an authentic portrait of the everyday working man. The spot combines the widely relatable healthcare woes of his mother with multiple sclerosis with a polished cinematic lens to position the progressive cancer survivor as an empowered citizen with the drive to truly inspire change.

The spot artfully juxtaposes the political semantics of Paul Ryan with the relatable narrative of this hometown man with a passion for helping his community on a ground level to provocatively challenge the speaker of the House to swap roles and see what a blue-collar work day is like. Since the video launched, it has racked up nearly 25 million views and erupted widespread online conversation about the nontraditional candidate.

No stranger to the political media space, McLaughlin has crafted a number of affecting political ads, including the four-minute ad for Bernie Sanders’ campaign, “It’s Not Over,” featuring Erica Garner, the daughter of Eric Garner. Named a rising star by Politics magazine, Hyers credentials in the political sphere including overseeing Tammy Duckworth’s successful campaign in Illinois and Campaign Manager for Bill de Blasio’s successful mayoral campaign. The duo previously worked together on ads for clients including New York City Mayor Bill de Blasio and Pennsylvania Democrat John Fetterman.

McLaughlin’s expertise in production and Hyers background in political strategy fuse with a shared approach to storytelling in the new media culture, crafting video-centric campaigns that engage audiences, drive action and create change.