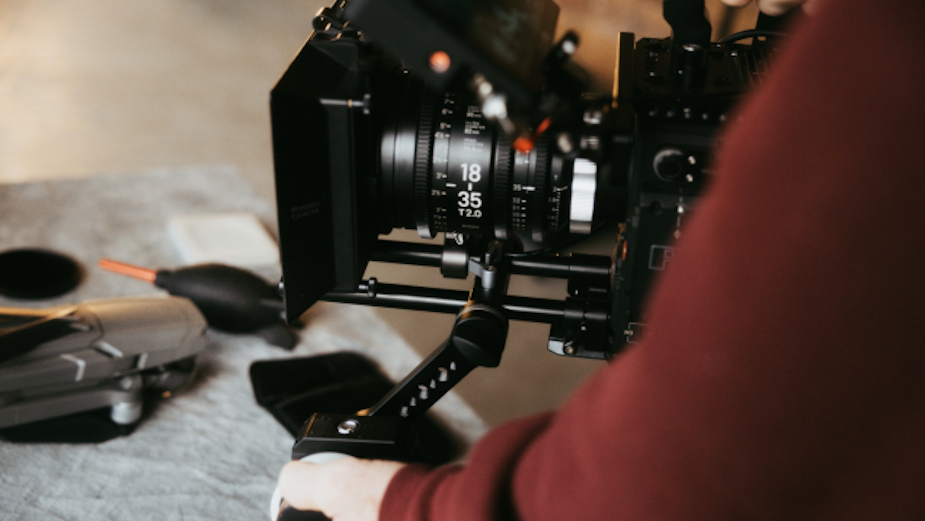 It's true that the director shoots everything on the set... but he or she doesn't handle the camera. The cinematographer, also known as the director of photography or DOP, is responsible for the composition of the frame, lighting and the selection of the film set used. Many an amateur will say that being a cinematographer is only a service job, but this is how you can recognise an amateur! Anyone with knowledge and sensitivity understands perfectly well that film is a visual medium, and in fact everything begins and ends with what we see on the screen - and how what we see is presented.

Without a good cinematographer, there are no great images and without those images, there is no good movie. Fortunately, it just so happens that people who have above-average cinematography talent are regularly born in Poland. What's more, they can develop and polish this gift, because Polish film schools are known for a great and effective system of educating world-class specialists in this field. The best cinematographers are born on the Vistula River! For years, filmmakers around the globe, including Hollywood, have known about it. Evidence? Let Graffiti present ten camera operators that Polish cinematography can be (and is!) proud of. 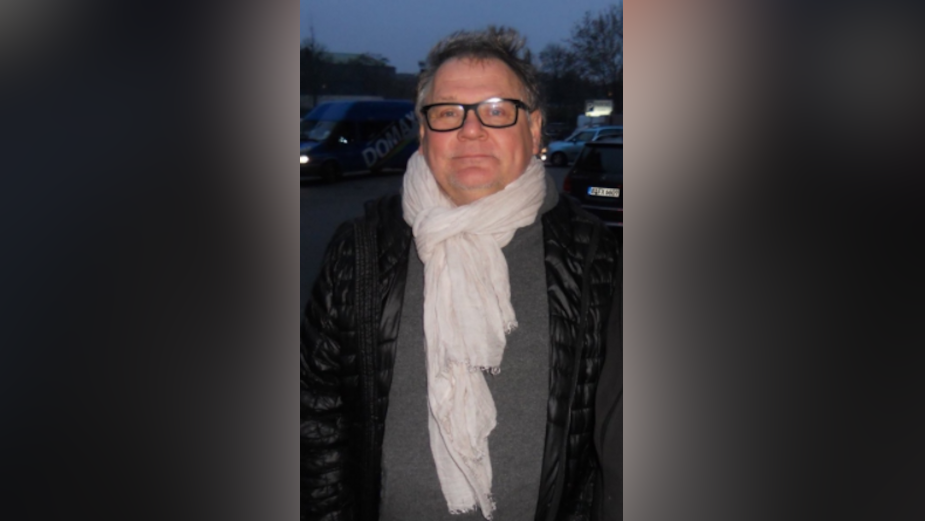 Probably the most famous Polish cinematographer is also a key element of Steven Spielberg's films. It is thanks to these films that he gained fame, but he has also crept out from the shadow of the productions of the creator of 'Jaws'. For example, there is the cult film 'Butterfly and a Suit' by Julian Schnabel or the famous music video for the song 'Alejandro' by Lady Gaga. Kamiński has been nominated for six Oscars, and won twice. Academy Awards were awarded for his work on 'Schindler's List' and 'Saving Private Ryan.' When he's not capturing films, he directs them. 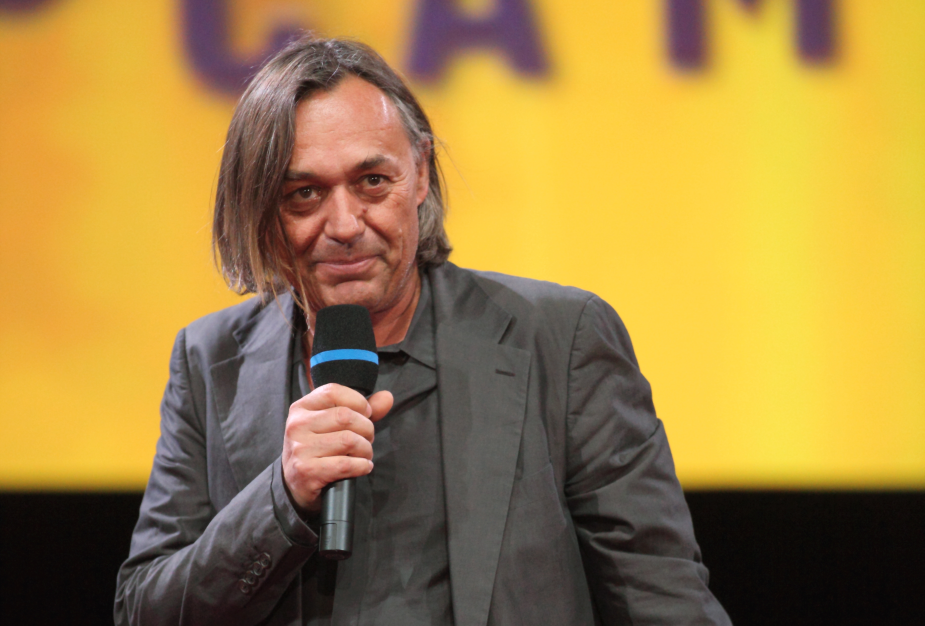 He doesn't have as many nominations and awards as Kamiński, but Wolski was nominated for an Oscar (for 'News from the World'). Wolski developed quite gradually in the industry, but his body of work is awe-inspiring. He gained recognition by working on music videos for huge stars, like Aerosmith, Eminem, Neil Young and David Bowie before Hollywood came calling. From the first half of the nineties until today, he has worked on such famous productions as the series 'Pirates of the Caribbean', as well as 'Raven', 'Alice in Wonderland' by Tim Burton, 'Prometheus' and 'Sicario 2: Soldado'. 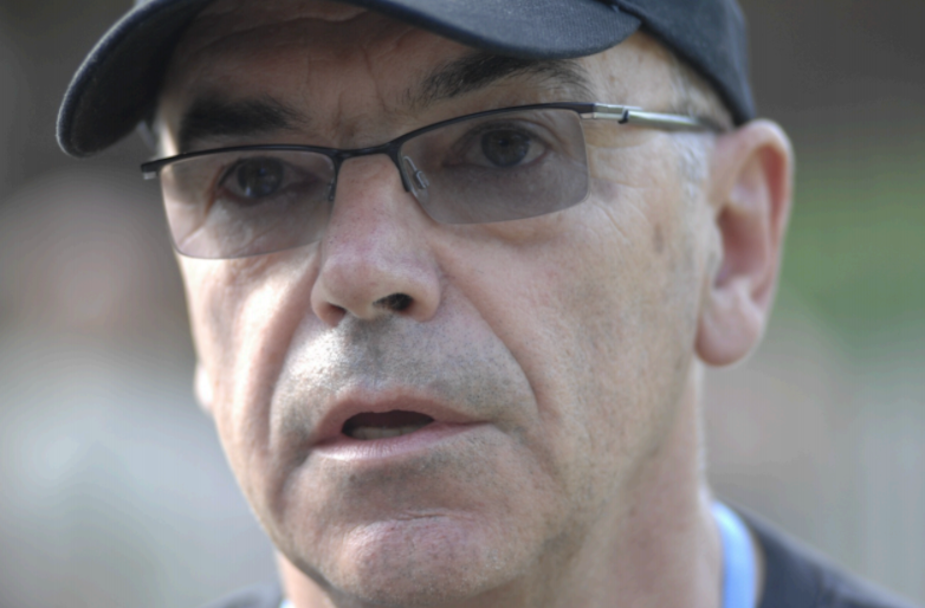 Artistic spirit Idziak could work on blockbusters, but after his experience on 'Harry Potter and the Order of the Phoenix' he decided that it was not for him. He has been quoted as saying that he prefers to have more autonomy. He gained fame working on Krzysztof films: both Zanussi and Kieślowski, including 'A Year of a Quiet Sun, 'Double Life of Veronique', 'Three Colours: Blue'. The general public probably better recalls his daring shots for Ridley Scott’s 'Black Hawk Down', for which he won an Oscar nomination. Idziak no longer works as a cinematographer. Instead, he teaches young filmmakers… and surfs a lot. 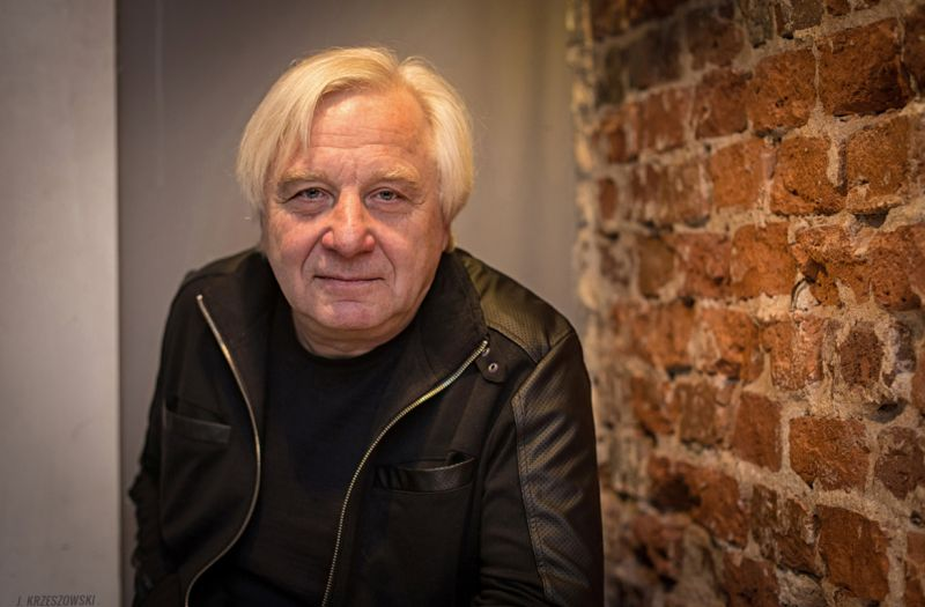 Slightly older Polish cinema fans will remember the upset at the 1994 Cannes Festival. It was expected that the brilliant 'Three Colours: Red' by Krzysztof Kieślowski would win the Palme d'Or, but it was won by the phenomenal 'Pulp Fiction' by Quentin Tarantino. The Poles had no reason to complain, because the Polish cinematographer Andrzej Sekuła was also awarded for his work on 'Pulp Fiction'. This wasn’t Sekuła’s first foray into Hollywood films (his full-length debut was Tarantino's Reservoir Dogs), but his skill and the freshness of 'Pulp Fiction' solidified his reputation. He has, among others, worked on such iconic films as 'American Psycho', 'Hackers' and 'Four Rooms'. 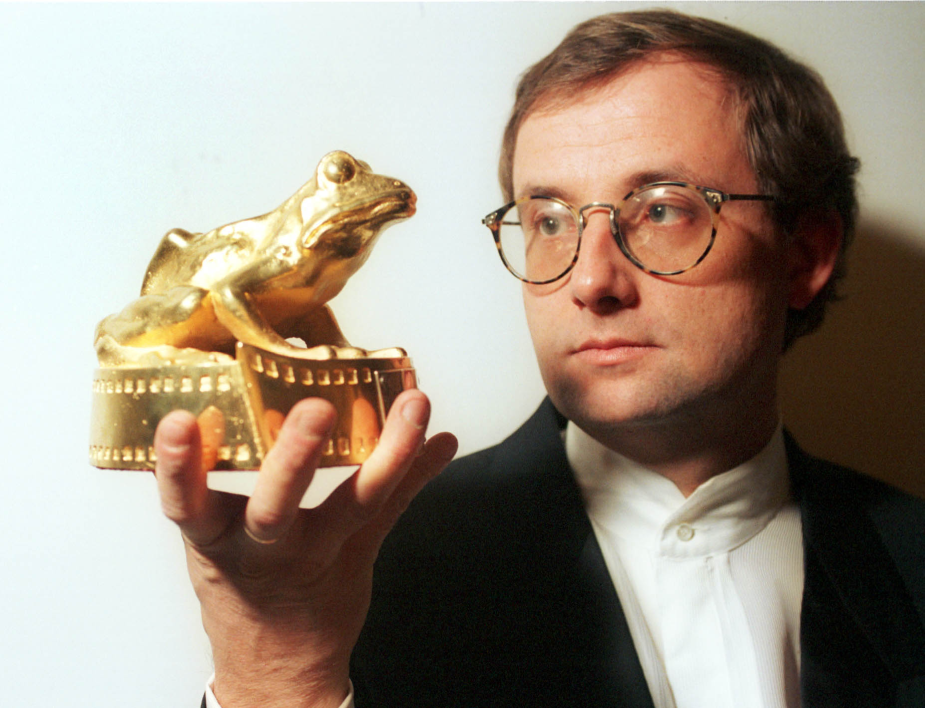 Cinematography is clearly in Sobociński’s genes, as his father, Witold Sobociński, was also an outstanding operator ('Wesele', 'Sanatorium pod Klepsydrą', 'Promised Land', 'Frantic'), and his sons, Piotr Jr ('Róża', 'Wołyń', 'Gods') and Michał ('The Art of Loving: The Story of Michalina Wisłocka') are rising stars. But the spot on the list from this talented family belongs firmly to Piotr senior, who is known for his work with Kieślowski (he even received an Oscar nomination for 'Three Colours. Red'), as well as cinematography on such films as 'Marvin's Room' with Meryl Streep and the young Leonardo DiCaprio, 'Ransom' with Mel Gibson or '24 hours'. Unfortunately, while working on the latter, Sobociński suffered a fatal heart attack. Who knows how brightly his star would have shone had his life and career not been cut short by this tragedy? 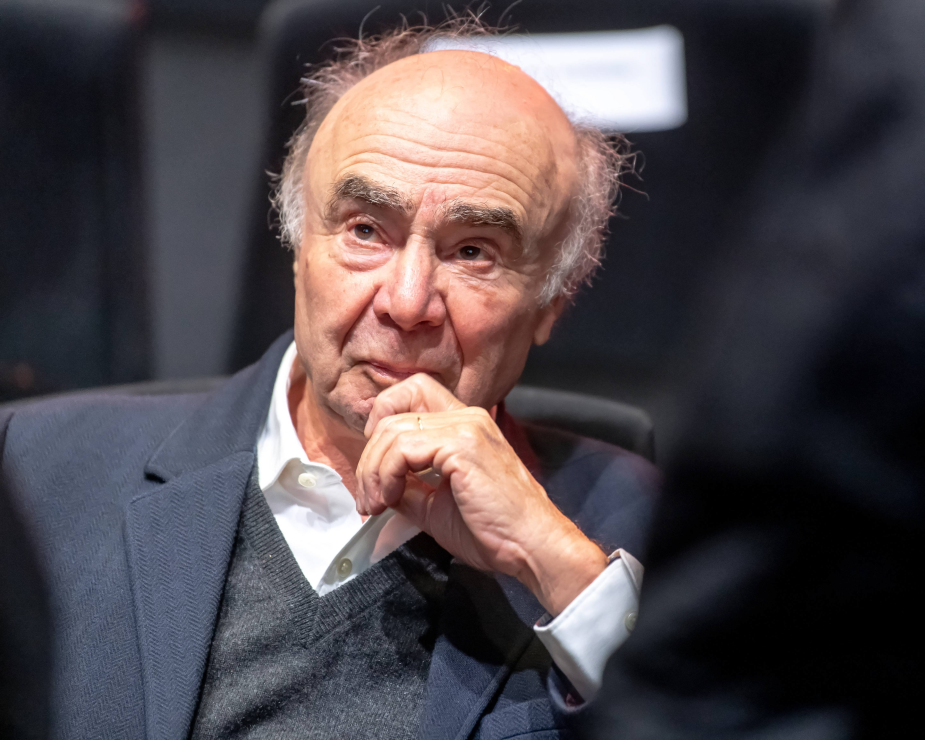 In Poland, Holender worked on the short films of Krzysztof Zanussi and Roman Polański, and as a second cinematographer on the series 'Czterej pancerni i pies' (Four Tank-Men and a Dog). In 1966 he decided to leave for the United States. He started working as a film technician, but he grabbed every opportunity that came his way until - recommended by his childhood friend Polański - he got his big Hollywood break in 1969, on a film that changed the history of cinema: 'Midnight Cowboy' by John Schlesinger. The film went on to win the Oscar for Best Picture. Two years later he worked on the less known film 'The Panic in Needle Park' with newcomer Al Pacino, and a year later 'The Effect of Gamma Rays on Man-in-the-Moon Marigolds', directed by Paul Newman. Those films alone earned him his place in history but he went on to work on 'To Kill the Priest' by Agnieszka Holland and the cult New York comedy 'Brooklyn Boogie', featuring Harvey Keitel, Jim Jarmush, Madonna and Lou Reed. 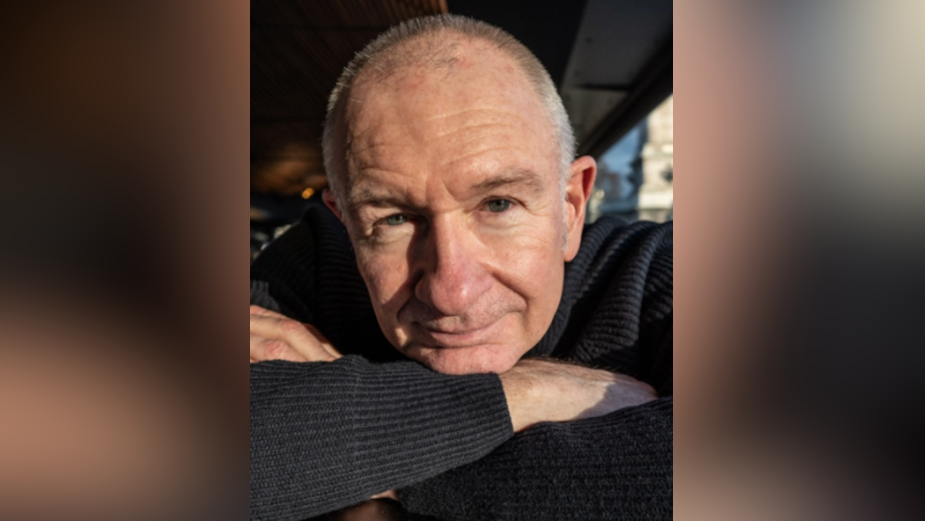 In the nineties, Edelman photographed some of the most famous Polish films of the decade, including 'Psy', 'Kroll', 'Reich', 'Demons of War'), and later made 'The Pianist' with Roman Polański, for which he was awarded a Cesar and an Oscar nomination in the 'Best Cinematography' category. Edelman has worked with Polański to this day – acting as cinematographer on such films as 'Oliver Twist', 'Carnage', 'The Ghost Writer' or the latest 'An Officer and Spy'. He also worked with Andrzej Wajda until the very end. 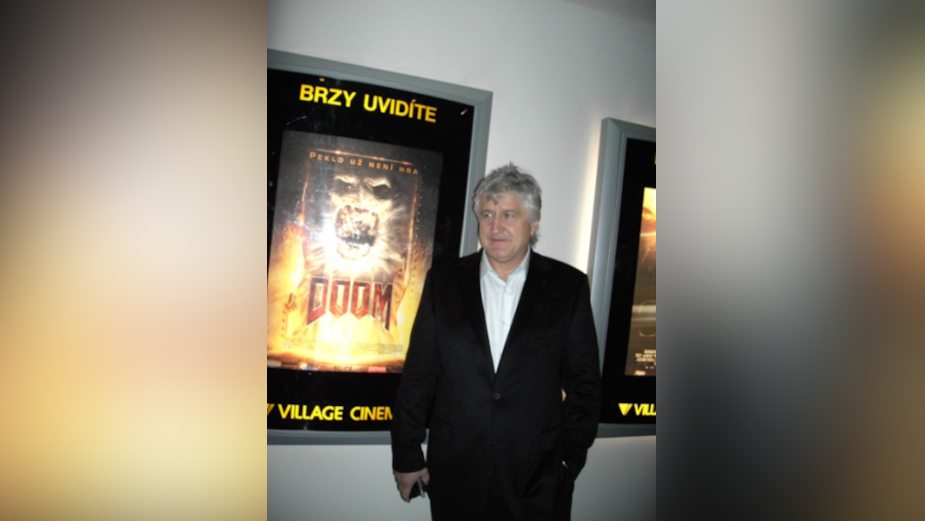 UnlikeSławomir Idziak or Paweł Edelman, Bartkowiak he never met his Polański, Zanussi or Kieślowski. He had a different goal - he always wanted to work in Hollywood. So, he left Poland for the United States as a 22-year-old, shooting commercials and music videos for many years. He finally reached his goal and got his big break in Hollywood. He has worked on such productions as 'Terms of Endearment' (which went on to win five Oscars and four Golden Globes!), 'Family Business', 'The Devil's Advocate', 'Speed', 'Falling Down', amongst others and even directed several. 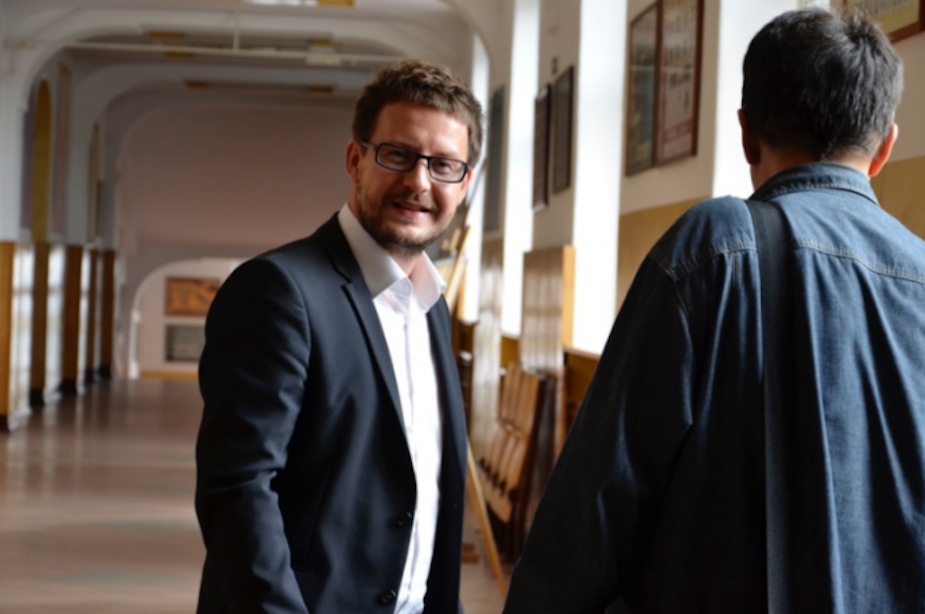 The youngest in this group, Łukasz Żalu, became famous thanks to the recent films by Paweł Pawlikowski - 'Ida' and 'Cold War'. For both, he won several important awards, including Oscar nominations in the 'Best Cinematography' category (along with veteran Ryszard Lenczewski on the occasion of 'Ida'). In addition, he worked with Magnus von Horn, and last year with the living legend of non-standard cinema, Charlie Kaufman, with the overwhelming and bizarre "I’m thinking of Ending Things". Żal is considered one of the most talented operators in the world, and still just getting started. 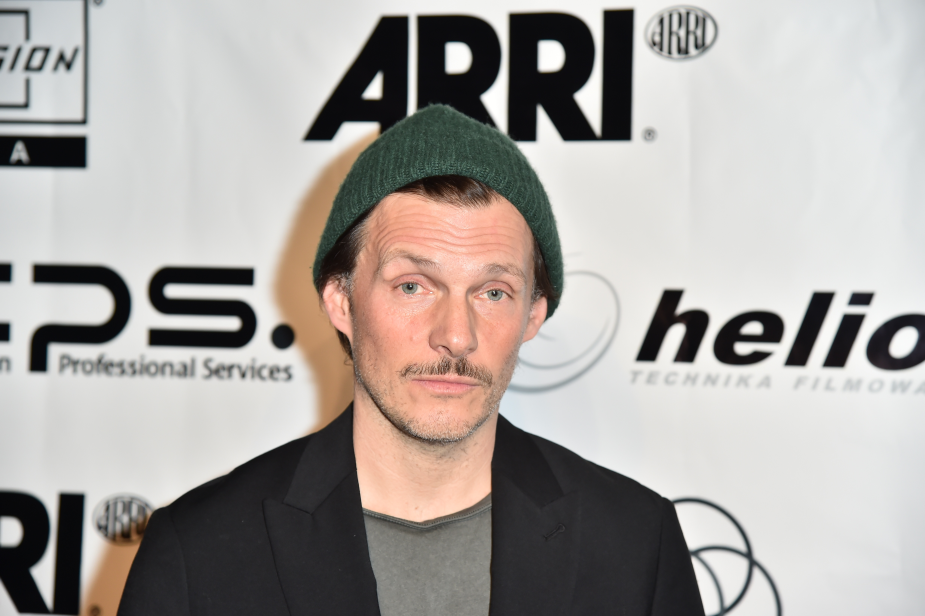 Michał Englert is best known for his collaborations with Małgorzata Szumowska. They have worked together on, among others, '33 Scenes from Life', 'In the Name Of', 'Body / Ciała', 'Twarz' or the last 'Never Gonna Snow Again. Englert has also captured the great 'All That I Love' and 'Nieulotne' by Jacek Borcuch, the famous series 'Blinded by the Lights' or the excellent 'The Congress' by Ari Folman based on Stanisław Lem's novel.

Our cinematographers used to be called "the Polish mafia" in Hollywood for a reason - they are probably still our best film export. The list above seems to prove so. But rest assured! There is much more of great DOPs here in Poland and the number of them still grows. Both famous and those who are yet to be discovered. Here at Graffiti Films we’re sure of it as we work every day with all the “new Idziaks” and “new Sobocińskis”. And we couldn’t be more happy and proud of it as they are kings of the hill. Come and find out for yourself! 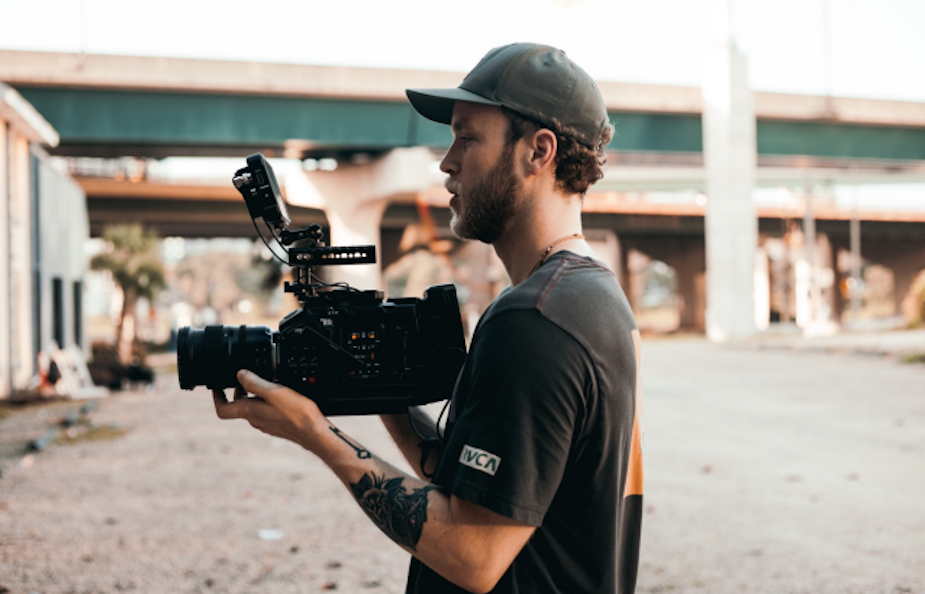 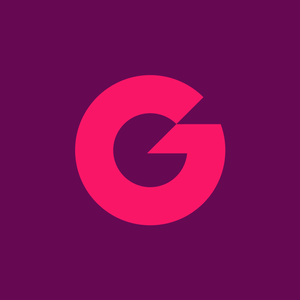 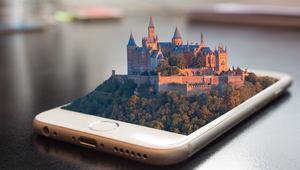 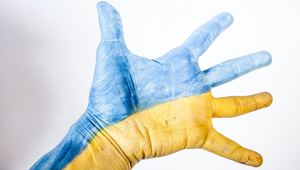 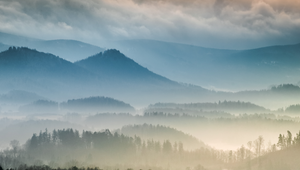 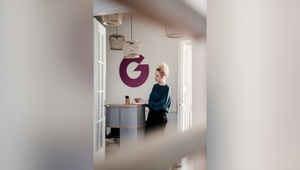 Valentine’s Day at Work? Graffiti Films on the One Thing to Love About Your Job
View all News 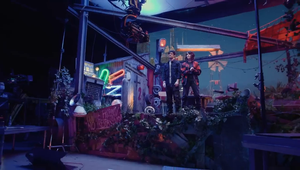 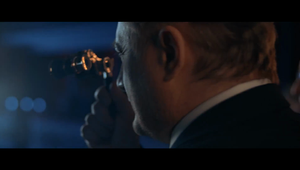 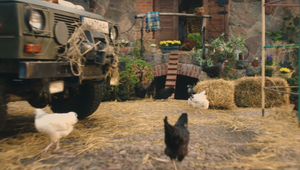 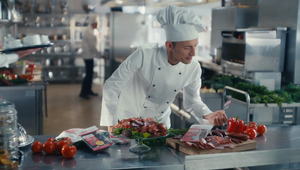