INFLUENCER: Fuad Ahmad explores the challenges and opportunities of AR that humanity has to confront 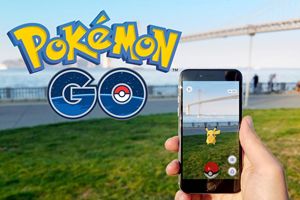 The first person to die while playing Pokemon Go was a teenager in Guatemala who was shot multiple times as he and his friend wandered through an unsafe area searching for digital creatures with their mobile phones. His death came just two weeks after the game launched in July of 2016, and although the circumstances surrounding his murder remain murky, the incident was a sign of things to come. The arrival of Augmented Reality ushers in an entirely new set of challenges and opportunities for humanity to confront.

Across the world, Pokemon Go players have been targeted by criminals who’ve identified them as easy marks, because staring intently into phones while venturing heedlessly through unfamiliar places leaves people vulnerable to specific dangers. In the 12 months since this hugely popular game was released, 13 more people have died and countless others have been injured in Pokemon-related incidents, often because people fully immersed in the game’s rich virtual world lose track of what’s happening around them.

Pokemon hunters have caused fatal car accidents while driving, they’ve stumbled into moving traffic, and they’ve been shot while trespassing on private property. Is the game responsible for these human errors? Is the technology at fault? Is that the right question to ask? What’s abundantly clear is that the widespread adoption of mixed reality apps on mobile phones has consequences that we’ve only begun to consider and understand.

As Augmented Reality (AR) becomes more common and accessible, new issues are quickly emerging. How do we manage new human behaviours that we’ve never seen before? How do we design for these intelligent platforms while safeguarding the public from humanity’s worst inclinations? What kind of content should we craft? And what else is coming? The whole planet has already been filled with wild Pokemon waiting to be caught on mobile phones, courtesy of Niantic, the Google offshoot that developed Pokemon Go on the back of rich and detailed Google Maps data. Niantic and their competitors are hard at work on new games, each likely to deliver new disruptions to societies already struggling to adapt to an accelerating rate of change. What other digital creatures will emerge from the data cloud to enrich the human experience and further populate this brave new world we live in?

People have been breathlessly hyping up Augmented and Virtual Reality for years. There’s no shortage of pundits who’ve predicted fantastic sci-fi futures awaiting us once these platforms have been fully developed and implemented. Even though few of these quixotic visions have materialised, we’ve finally arrived at a point in time where the infrastructure, investment, and technology are all in place to coalesce together quickly. But obstacles remain.

You’d be hard pressed to find a better illustration of the gap between reputation and reality than the outcome of the first Pokemon Go Fest, which was organised in Chicago on July 22nd, 2017, and attracted 20,000 avid gamers. But Niantic ran into a series of problems on the day of the festival that resulted in a disastrous non-event. The game itself didn’t function as advertised, cell phone networks crashed, and although the organisers offered refunds to all attendees, Niantic is still facing a class-action lawsuit from a few dozen disgruntled attendees who want the company to cover their travel costs to and from Chicago. They wanted something more than what they got. This is a recurring theme with the promise of mixed reality, as the possibilities these platforms offer still feel frustratingly elusive to everyday people. But the conversation around AR and VR has shifted considerably: tech writers have gone from debating whether mixed reality will transform our lives to considering when and how it will happen. It’s just a question of time. There is simply too much money pouring into these fields for them to remain on the fringes for long.

Within 12 months of its release, Pokemon Go has been downloaded over 750 million times. The game itself is free, but in-app purchases and business partnerships have made it an incredibly lucrative revenue stream for its developers. The game has generated over $1 billion USD for Niantic, transforming the company from a small Google offshoot into a gaming powerhouse with a valuation in the range of several billion USD. This makes Niantic a unicorn, the term investors use for start-ups worth over $1 billion USD. Leading AR companies like Blippar and Mindmaze are also valued at well over a billion US dollars, which reflects the market’s confidence in AR and VR as emerging platforms that will grow robustly in the next few years. Even though these companies haven’t demonstrated the kind of consistent revenue growth that investors like, their work and their products still hold immense promise. Analysts from Digi-Capital have projected that the market for AR will be around $90 billion USD by 2020.

Everywhere you look, tech companies are investing heavily in this race. Whoever develops the right combination of killer content, ease of use, and mobile viability stands to make billions of dollars in profit. Pokemon Go hit that sweet spot perfectly. We’re in the midst of an open battle to see who gets there next.

Fuad Ahmad is the Director of Creative Resources at Publicis One 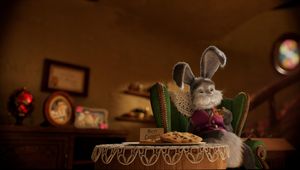 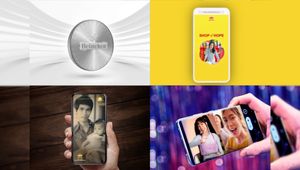 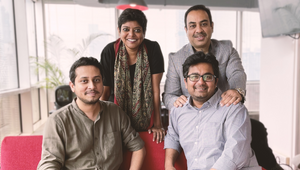 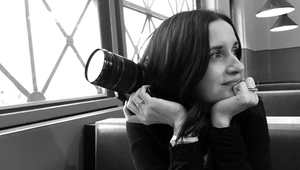